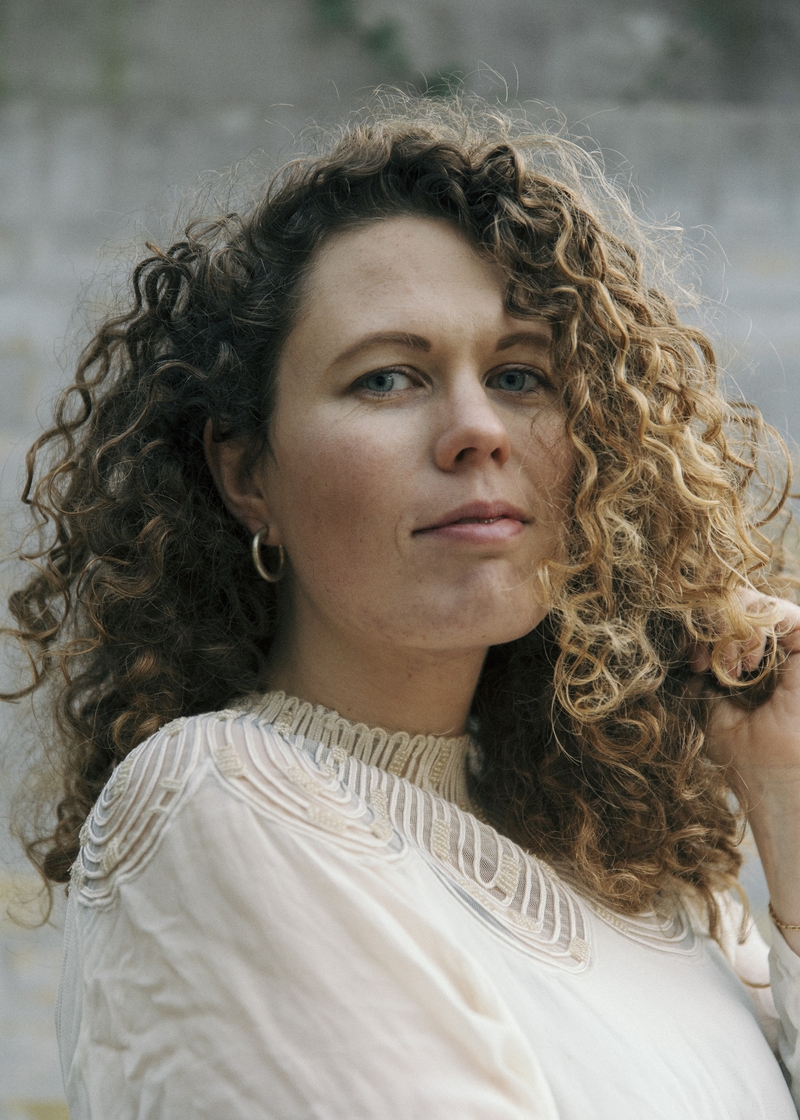 Eros, desire and human struggle: In Rakel Haslund-Gjerrild’s masterpiece of a novel, Adam i paradis (‘Adam in Paradise’, not translated into English), a deeply insightful portrait of a sensing human being’s will to live reveals itself before the eyes of the reader – a human being who is at once on the sidelines and in the centre of everything.

Rakel Haslund-Gjerrild made her debut in 2016 with the stylish, realistic short story collection Øer (Islands) and in 2020 she published the disturbing, climate-dystopian novel Alle himlens fugle (‘All the Birds in the Sky’, not translated into English). Now, with her exofictional novel Adam i Paradis, she shows that she can apparently write anything she sets her mind to.

The painter Kristian Zahrtmann (1843-1917) occupies a special place in Danish art history, and now also as a striking literary fantasy in Rakel Haslund-Gjerrild’s novel Adam i Paradis. But no special knowledge of either the painter or his time is required of the reader. Kristian Zahrtmann exists through Rakel Haslund-Gjerrild’s supreme storytelling power – and what a storyteller she is.

The year is 1913, just on the brink of the Great War, and at the opening of the novel Kristian Zahrtmann is in the process of transforming his studio in his home in Copenhagen into a lush Garden of Eden, with trees and palms borrowed from the Botanical Gardens. He’s getting ready to paint Adam keder sig i Paradisets have (‘Adam is bored in the Garden of Eden’) – the painting from which the novel borrows its title. It is a portrait of a beautiful, well-formed male nude, in front of whose almost uncovered groin a snake is coiled. It exudes sensuality. And eroticism. The choice of colours is explosive, surprising – which applies both to the portrait of Adam and to Haslund-Gjerrild’s writing.

Her language is both opulent and light, saturated and rank. It is synaesthetic in its imagery, as when “The scent of citrus turns the room orange”. The language offers a wealth of variations. The novel is a treasure chest of metaphors, playful and vibrant. Haslund-Gjerrild manages to transport us back in time and yet to write as though everything is new and fresh. She is not restricted by the historical reality, which rather seems to have given her access to a reservoir of creative freedom. She is both the mediator of the story and, more especially, of poetry. She lends us eyes and a language to sense with.

It is characteristic of the novel that it uses the double bind as a device. Zahrtmann, the novel’s narrator, is witty and provocative, powerful and vain, sensitive and confident, effervescent and enigmatic. It is not shades of grey that dominate the portrait, even though time is passing the protagonist by.

Haslund-Gjerrild writes about ageing both mercilessly and beautifully. When we meet the 70-year-old Zahrtmann, he has long since realised that he was not born yesterday. Time has occupied his body, liver spots invade it, he “dalmationises”, as Haslund-Gjerrild writes. “I grab myself by the bones and pull myself up, vertebra by vertebra.” But the novel’s motifs of decay also generate tension. Although the ruinous landscape of the body generates a longing for what was, Zahrtmann is not merely retrospective – there is also a longing for something more, like a murmuring undercurrent in the novel. The magnetic attraction of this longing creates a lively struggle.

And it is especially the unsaid that Rakel Haslund-Gjerrild elegantly introduces as a driving force in the novel. “Having a mirror in your home. What a hideous idea.” Not everything can stand to see the light of day. “Only the joys and the small sorrows should be shared with others – life must be borne by oneself.”

As an artist, he was queer – he stood out artistically in his time – but his life on the edge of the sexual mores of the day is unmentionable. In the novel, only the eye is allowed to touch. Haslund-Gjerrild cross-cuts in refined manner between fiction and historical documentation, illuminating The Great Morality Case, which played out in Copenhagen in 1906-07. In this affair, several prominent men were convicted of consorting with male prostitutes. In particular, the reproduction of Johannes V. Jensen’s caustically vicious article on Herman Bang sears itself into the reader. The passages emphasise that nothing can stand against the condemnation of the masses, and it is against this background that the author lets us understand that Zahrtmann’s apparently open sexuality must remain only hinted at.

In Adam i Paradis, Haslund-Gjerrild combines clear thinking with the sensually saturated. She offers us access to a human being whose thirst for meaning obliterates a world that, as Haslund-Gjerrild herself puts it, has the appearance of a faded napkin.