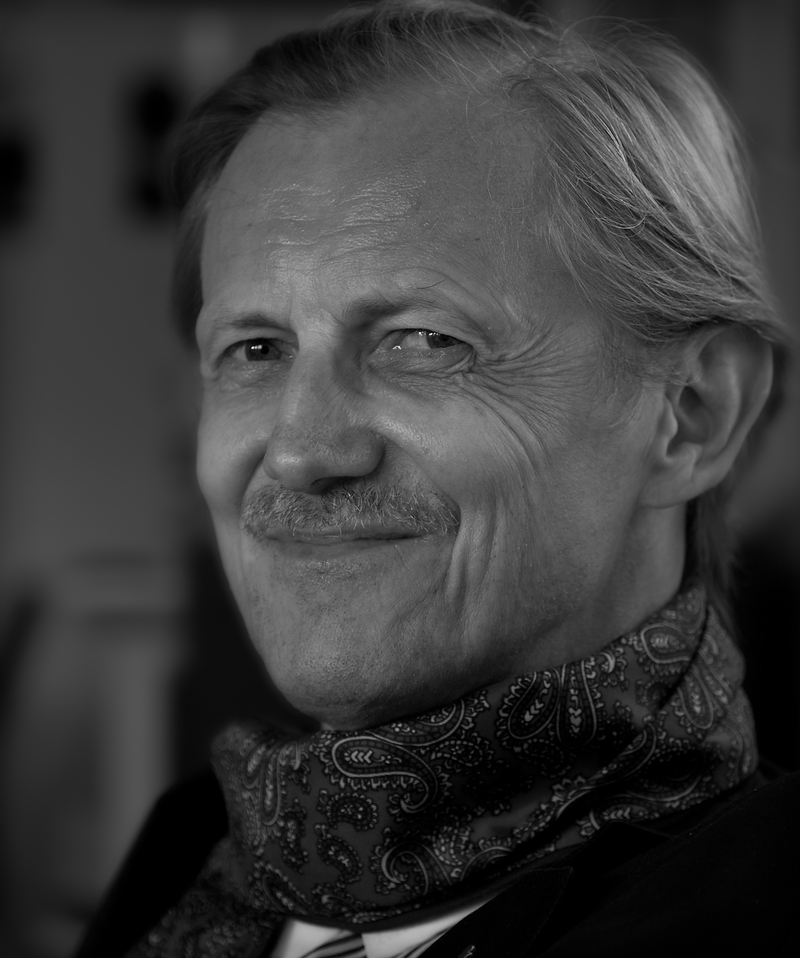 Sigurður Pálsson was born at Skinnastaður farm in Öxarfjörður in 1948. He made his debut as a poet in 1967 and was close to celebrating 50 years as a writer when his poetry collection Ljóð muna rödd (in English: “Poems recall a voice”) was published in 2016. Sigurður Pálsson’s body of work includes novels, plays, autobiographies, and scripts for both television and radio, in addition to a variety of works he has translated.

Ljóð muna rödd is his sixteenth poetry collection, the preceding 15 being grouped into five trilogies. Although familiar themes from Sigurður Pálsson’s earlier works can be picked out here, it is one of the poet’s most personal works. Sigurður Pálsson was diagnosed with terminal pleural mesothelioma in 2015. His illness is a visible and extremely dramatic thread running through the book, in which the poet uses language to counter the superpower: death.

Typical of Sigurður Pálsson’s poems is a game between two poles – the play and wordflow on the one hand and structure on the other. Ljóð muna rödd consists of four chapters, each named after the forces of nature; the foundation of life.

The title of the first chapter is Eldur og skuggar (“Fire and shadows”). Two of the book’s central themes appear in the introductory poem with the same name. The voice, which gives the book its title, appears as early as the second line, as the poet recalls and reminisces about his most important teachers, the masters Voltaire, Mozart, and Nietzche. Already the reader can sense that this is a personal work, and when the voice stresses that “a sunny happiness” is the correct response to injustice and violence, the tone is set.

In the first chapter, the voice, the words, the poem appear as a transformative force that can conquer the superpower that is death, found in the poem Orð og draumar (“Words and dreams”), where death is kept at bay while “the August light turns dreams into words and words At the same time, transience is the only constant: “The fire’s alphabet is kaleidoscopic. At once creative and destructive.”

In the second chapter, Jörð (“Earth”), many of the poems closely resemble prose. Backward glances are typical of the poems, giving the reader a sense of melancholy and sorrow but not privation. In the poem Fámenn eyja (“A sparsely populated island”), death has come even closer: “Those living in densely populated countries lie alone in their deathbeds. Just like me. No millions of compatriots come to their rescue. /No more than me.”

The third chapter, Raddir í loftinu (“Voices in the air”), consists of a series of poems with the same name. As the reader approaches the core of the work, the poet depicts the beauty and the poetry in the face of death and oblivion, with beauty as the essence of life. The lines tingle with a playful happiness: “Being alive / is maintaining a happy curiosity / and wonder / that is ignited each and every morning.”

In the final chapter, Vötnin yfir, vötnin undir (“The waters over, the waters under”), the poet reaches that which may come. Step by step we walk untrodden paths – that which awaits us on the other side of death. The metamorphosis approaches in the penultimate poem of the book, and the poet disappears, leaving only a sheet of paper with letters.

Ljóð muna rödd is a fascinating and dramatic work. The poet’s voices strike a familiar yet innovative note, one which comes from the tuning fork of humanity. The poet is the standard-bearer for beauty and art against destructive forces, both political and natural.

In spite of the fact that the work is personal, it is anything but bound to a person. It addresses eternal laws, human volatility in the face of death, and the duty to “raise your voice / play your role / your distinguished role: // To sing a praiseful ode to the virtues of the momentary / To sing a longing ode to the privation of the missing / To sing a joyful ode for what awaits.”

Sigurður Pálsson died from his illness in the autumn of 2017 in Reykjavik. He knew of the nomination for the Nordic Council Literature Prize and was involved in the translation of the work.