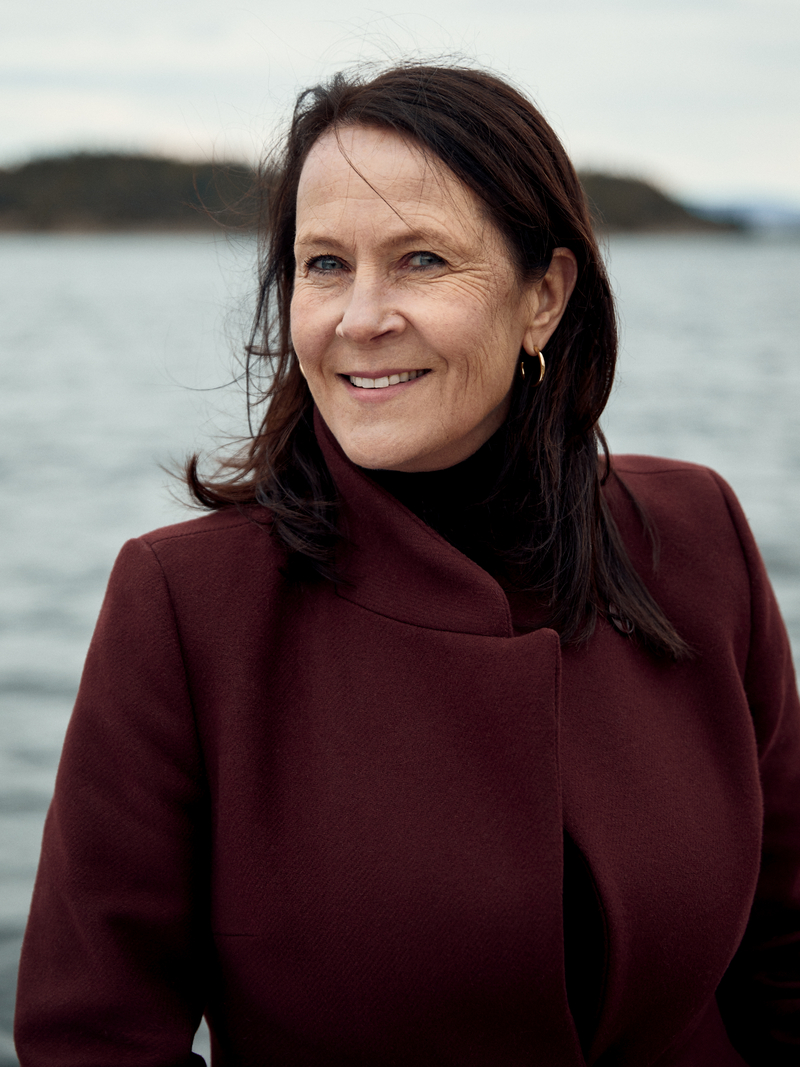 For several decades Vigdis Hjorth has been among the most prominent authors writing in Norwegian. Nevertheless, something has happened in recent years. Although she has gained more readers, more of her work has been translated into more languages, she has won more awards, and many critics would add that she has written books that are even better.

Er mor død (‘Is mother dead’, not translated into English) is a hectic, intense novel that brings together many of Hjorth’s central topics – liberation and conflict in close relationships, questions about who owns a story, whose perspective should guide the way, and how one is heard – in the condensed format of chamber theatre.

The novel tells the story of the visual artist Johanna. Thirty years before the story begins, Johanna made a choice. She moved to the United States, where she practised art, had a family, and raised children. She has not spoken to her mother and the rest of her family in Norway for many years, and what at first seemed like a simple lack of continuity in contact has gradually developed into a painful wound.

When she moves back to Norway, she impulsively calls her mother, thinking that the stalemate may be broken if she just makes the first move. But her mother doesn’t want contact, and the more she resists, the more Johanna’s curiosity grows into obsession, to the point that she sits in the bushes outside her mum’s house and spies on her and follows her home from the shops. In short, hectic chapters told in the first person, the novel grows in emotional intensity as it explores what happens to us upon the loss of close relationships – the image of the one you no longer have grows into a separate figure that is almost more alive in your imagination. And Johanna knows it herself: “I invent mother with words!”

There’s no clear core to the conflict in Johanna’s family – there’s a fundamental disagreement about their common pre-history, about the family’s inner life. The mother and sister have one version of the story, while Johanna’s is completely different. Er mor død is partly inspired by Arne Garborg’s Den burtkomne Faderen (1899). As in Garborg’s novel, Johanna has travelled to the US to find freedom – a freedom she has used to create art about family relationships, among other things. But she thought that works like “child and mother 1” and “child and mother 2” raised questions on a more general level, and she fails to understand that her mother and sister believe the works are a negative portrayal of the artist’s own family. The passages about the relationship between life and art – where it’s not at all clear that it’s the artist who has the only non-transient points – are easy to read in the extended debate about living models that arose in the wake of Hjorth’s novel Arv og miljø (2016).

But this is not just or primarily about art. In the somewhat unfathomable way in which the damage occurred – they kept in touch with one another until gradually they didn’t any longer – the novel examines the dynamics of family relationships with a view to revealing the unconscious mechanisms that don’t always point the same way as the spoken words. The exploration of the fantasies we have about those who are no longer part of our lives – how we create each other with words and images – can be carried out for all types of relationships. The novel also depicts the short distance between the addiction created by love and the total fury that can follow from rejection. What the other party – the one you have dreams or nightmares about – does is covered with the greatest of interest: “Because we’re mythological figures to each other, and because we’re enemies, who isn’t curious about their enemies?”

In that mother isn’t dead in the literal sense, the novel is a rare, intense depiction of how people who were once very close can become like living ghosts to one another, long before their physical death. Johanna knows that the image she has of her sister and mother is her own and may not have much to do with the real people behind the roles she’s cast them in for her inner theatre: “They’re both at such a huge distance that I’m unable to see them. Instead I put a couple of ghosts where I imagine them to be.”

The novel’s title, Er mor død (“Is mother dead”), has no question mark. Although the story itself is peppered with questions, it is a novel that suggests that even the harshest of statements may be an attempt by people to talk to one another, and that it’s not a given that one party’s ideas are truer than another’s.

As Johanna pursues her own curiosity, with inexorable consequences, the novel mirrors her in its drive to seek out and confront what is most difficult. The novel builds to a crescendo in the final scene, where an ordinary apartment becomes the arena for a great mythological battle of colliding worldviews. With Er mor død, Vigdis Hjorth has written an unforgettable novel about the closest and most difficult of relationships.