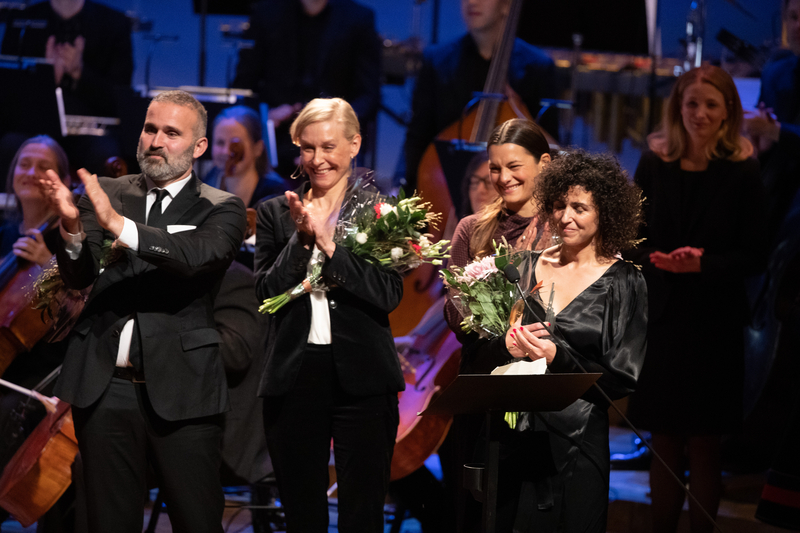 The 2019 Nordic Council Film Prize goes to the Danish film Queen of Hearts by screenwriter and director May el-Toukhy, screenwriter Maren Louise Käehne, and producers Caroline Blanco and René Ezra.

The film explores the making of a tragic family secret step-by-step, as the consequences of hubris, lust, and lies conspire to create an unimaginable dilemma.

Is it about a midlife crisis? About class? Or about desire and passion? Is she a sexual abuser? Or a psychopath? We’re used to movies serving a clear point, we almost always know whether a movie character is good or evil, but with Queen of Hearts (Dronningen) director May el-Toukhy and co-writer Maren Louise Käehne leave it to us, the audience, to find focus and morale and to judge the protagonist Anne, who is doing exactly what she should NOT be doing – having an affair with her stepson. Strangely it feels entirely right to have that responsibility. It’s not a pleasure to get to know Anne  – but it is an arousing pleasure to experience a finely masked film that gives us the right tools to see our own relationship as a complex human being. And this film believes we are capable of it. It’s impossible not to praise Trine Dyrholm for her formidably nuanced performance as ‘Queen’ Anne, but at all levels – cinematography, music, production design and more – the ‘Queen’ is an impressive feat. It makes seemingly impossible task seem easy and effortless.