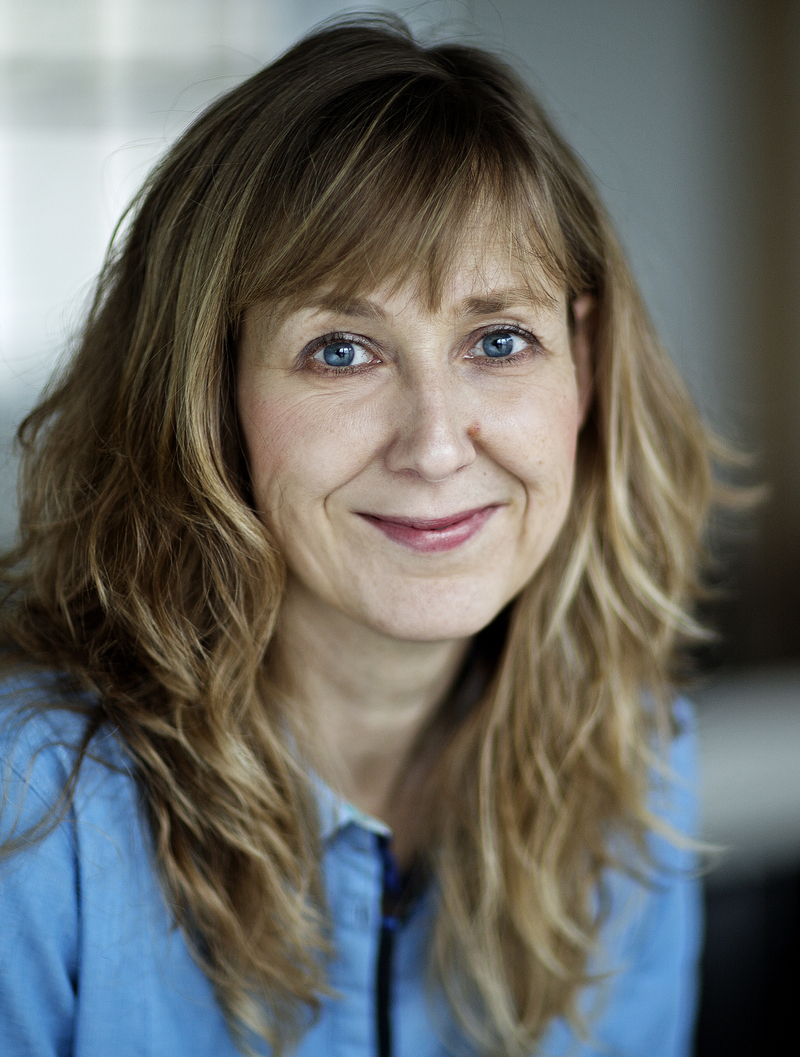 25 years after her authorial debut, Cecilie Eken has enriched her readers with a new work that is characterised by both effortless language and an extremely high level of literary quality. The novel Styrke (“Strength”) is the first part of the trilogy Karanagalaksen (“The Karana Galaxy”), but also functions well as an independent work.

The novel is a new highpoint in a writing career that has won many readers and received a large number of awards, including the Silas Prize, the Children’s Literature Prize of the Danish Academy.

Cecilie Eken has written in most literary genres, and with Karanagalaksen she has created a hybrid genre, as fantasy and science fiction merge into something we might call science fantasy. The book is made up of 27 journal entries, in which Saga Sølvisdatter seeks to describe the betrayal that took place when her planet, Hvidøy, was attacked by the warlike ruler of a neighbouring planet, Almaz. She writes her testimony on board her skin-like, conscious spacecraft Brimdir, which has been damaged and has flown off course.

As we can sense from the choice of names alone, the novel draws its material partly from Nordic mythology and partly from an advanced future that has created new technologies to serve mankind. ‘Karana’ means to do or create in Sanskrit, but it is also the name of a traditional Indian dance.

In the created universe of a future that is different from now, we encounter new technological advances, but also new plant species with names we have not previously heard. And, most importantly, we hear about and identify with the struggle of the girl Saga for a more humane world characterised by diversity and softer values.

In literary and linguistic terms, Cecilie Eken masters the unique, and it can be said that she meets the requirements, attributed to Astrid Lindgren, that must be fulfilled by children’s and young people’s literature of the highest quality:

Write big. Introduce strong emotions, so that the reader encounters joy, sorrow, and everything in between. But never talk down to your reader. In Styrke we encounter love, empathy, loss, failure, betrayal, death – indeed, there is scarcely an emotion that does not have its place in the story.

Write simply. Make the language a virtuoso but straightforward instrument to bring the story to life. Complex sentences and fancy words can kill a story.

The fulfilment of these two requirements has enabled the creation of a simple, exciting page-turner that manages to combine a dramatic universe with philosophical and psychological reflections.

With Styrke, Cecilie Eken demonstrates why she has received so many literary awards: she masters the art of effortless, organic writing.