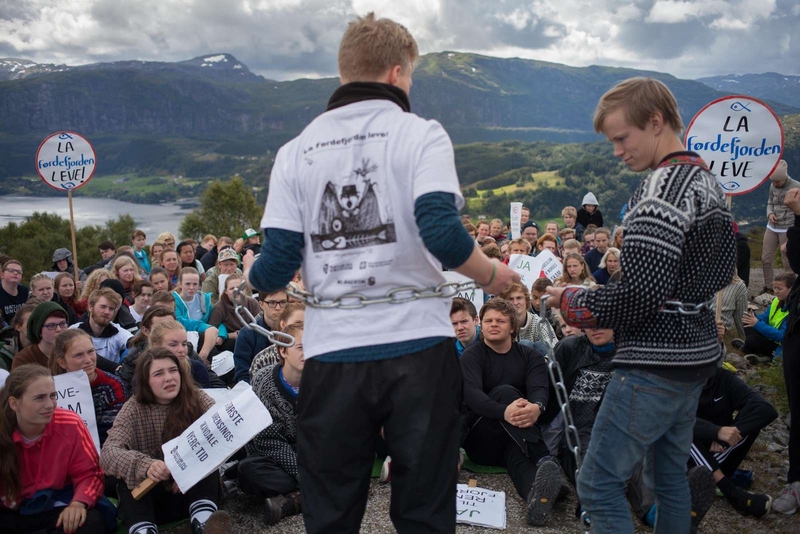 Photographer
Oddleiv Apneseth/norden.org
Mail Facebook Linkedin Twitter Sign up to newsletter
Young people and Nordic residents who are committed to the environment are deeply concerned about the loss of species and biodiversity. This has been demonstrated by a survey of 2,200 people from all the Nordic countries. These answers will now be used to make demands on governments and the forthcoming UN Convention on Biological Diversity.

The crisis facing the natural world has come to the fore recently as a new and acute issue alongside climate change. The UN has warned of a biodiversity crisis so severe that it threatens the supply of food, clean air, and water.

A recent survey shows that young people are acutely aware of the crisis and are committed to doing something about it.

82 percent of respondents are “very concerned” about the loss of biodiversity.

“The results of our survey clearly show that young people are concerned about biodiversity and nature, and that we’re willing to actively do something to stem these losses. This is an important signal to send Nordic decision-makers,” says Emma Susanna Turkki, who helped to develop the survey and who is the Danish representative for the Nordic Youth Biodiversity Network.

Linking biodiversity to the climate crisis

81 percent say that biodiversity is, above all, important for mitigating climate change.

73 percent consider it a basic prerequisite for food, water, and protection, all of which are under threat by the rapid loss of species and ecosystems.

Respondents have been able to grade the responsibilities that different stakeholders (the UN, the EU, national governments, municipalities, private companies, and civil society organisations) have for ensuring a sustainable future.

76 percent of respondents say that national governments have a “very big responsibility”, while 71 percent say the same is true for the UN and the EU.

Answers to put pressure on UN

The results of the survey will be used to formulate demands for the forthcoming global agreement on biodiversity.

Some questions in the survey look at young people’s support for some of the path choices that are crucial in the ongoing UN negotiations on new goals for biodiversity. This includes questions on how the measures in the updated agreement should be funded, and whether the agreement is to be legally binding.

Half of the respondents would prefer richer countries to pay more, while 36 percent said that environmentally hazardous activities should bear the financial responsibility.

Based on the answers in the survey and a series of workshops in all the Nordic countries, a group of young people has written a proposal for a position paper, with demands for the UN negotiations and the Nordic governments. These proposals will now be discussed at a digital town hall and submitted to youth organisations for consideration.

Applause is not enough

The results also show a keen sense of readiness among young people to change their lifestyles and reduce their consumption of clothes (according to 90 percent of respondents), meat (according to 85 percent of respondents) and exotic food, and to repair mobile phones and computers instead of disposing of them, as well as to buy more second-hand goods.

79 percent of respondents support the idea that young people should be involved in political decisions on environmental issues.

“More and more countries are beginning to emphasise the importance of involving young people. However, this requires more than just listening to and applauding what we say: we need to see concrete proposals and action that can actually ensure that young people can be involved in decision-making and implementation once the agreement is ready,” says Gustaf Zachrisson, student and Swedish representative for the Nordic Youth Biodiversity Network.

FACTS - How the survey was carried out:

FACTS - Who responded to the survey: 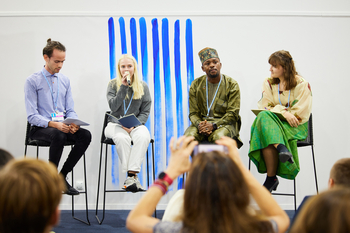 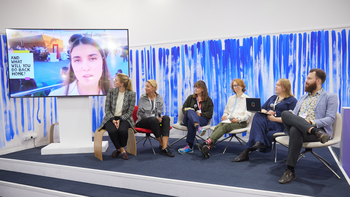