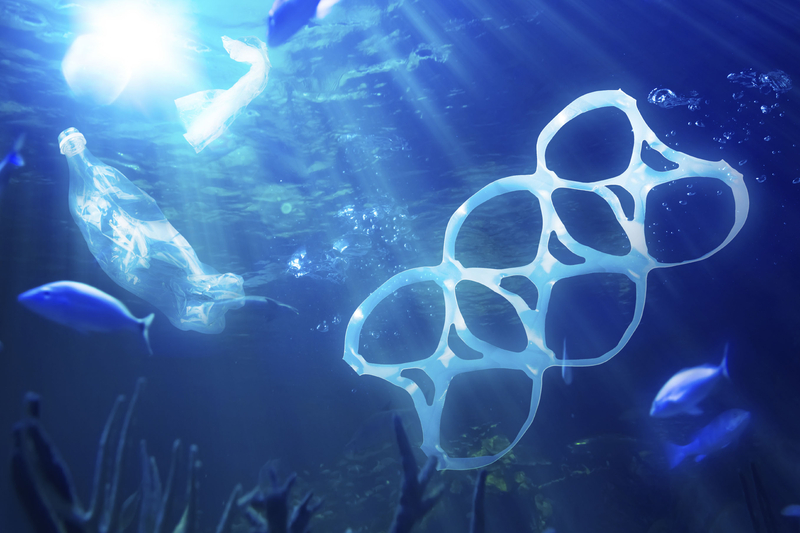 Photographer
Plastic Change
Mail Facebook Linkedin Twitter Sign up to newsletter
Greener aviation, sustainable cruise tourism, the EU’s 2030 climate goals and plastic waste were all on the agenda when the Nordic Council of Ministers for the Environment and Climate (MR-MK) met online as part of Session Week 2020. Plastic waste is an urgent and growing problem requiring urgent action, the ministers announced.

The Nordic Region has been addressing the need for a global agreement on marine plastic waste and microplastics since 2016. At today’s meeting, the ministers signed a declaration calling for a joint Nordic mandate to negotiate at UNEA-5 in February 2021 and February 2022. The declaration also underlines the importance of engaging governments as well as the private sector in work to promote a circular economy, because the life cycles of plastic products are affected by both sustainable production and consumption.

Nordic campaigning for a new agreement on plastic waste has produced results in the last 18 months.

The declaration will be followed up by two Nordic reviews focusing on proposals for knowledge generation and funding mechanisms for a potential global agreement. The Nordic Council of Ministers recently published a report outlining tangible measures and initiatives that ought to be included in a global agreement on marine waste and microplastics.

“Nordic campaigning for a new agreement on plastic waste has produced results in the last 18 months. The Nordic Region will continue to play a leading role in the work to ensure a robust negotiating mandate so that the agreement will be an effective tool. The report presents a series of interesting proposals, and I look forward to discussing this with colleagues from other countries and regions,” says the Norwegian Minister of Climate and Environment, Sveinung Rotevatn.

The Danish Presidency of the Nordic Council of Ministers for 2020 has put both sustainable cruise tourism and greener aviation on the agenda. Working together on the green transition in the transport sector is part of efforts to make the Nordic Region the most sustainable and integrated region in the world.

At the meeting, the ministers signed a declaration confirming that the Nordic Region will lead the way and work to reduce pollution from cruise ships and make the Nordic Region a sustainable cruise destination. They also recognised the need to reduce noise and air pollution from cruise ships in dock, identified shore power as an important part of the solution and called for power points to be available in all major ports by 2030.

Together, the Nordic countries can create the most sustainable cruise destination in the world. We now call on cities, ports and cruise lines to help achieve that goal.

“We need to set a greener course for cruise ships. Along with the other Nordic environment ministers, I have today adopted a declaration calling for shore power to be made available in the biggest cruise ports in the Nordic Region and Baltic Sea by 2030. Together, the Nordic countries can create the most sustainable cruise destination in the world. We now call on cities, ports and cruise lines to help achieve that goal ,” says the Danish Minister for the Environment, Lea Wermelin.

Later this year, the Danish Presidency of the Nordic Council of Ministers 2021 will present a roadmap report setting out tangible actions to help us reach that goal together.

The meeting also discussed the prospects for cooperation on green transition of air transport. A number of recommendations were discussed. Based on a research report drawn up for the Nordic Council of Ministers, they included opportunities to increase the amount of sustainable fuel used in the aviation sector in the Nordic Region and the potential for promoting the use of electric aircraft.

Progress towards the EU’s 2030 climate goals was also on the agenda for the meeting. The ministers discussed ways on which the Nordic countries can push for goals in line with the Paris Agreement and how greater ambition would contribute to effective transition.

The meeting was followed by a digital consultation meeting with the Nordic Council's Committee for a Sustainable Nordic Region.

Shore power: Cruise ships are connected to the local electricity grid instead of using their own diesel generators to generate power. This cuts noise pollution and emissions of large quantities of CO2, NOx and particles.

Contact information
Josefine Carstad
joscar@norden.org
(+45) 22 35 70 13
The environment and climate
The Nordic Region is seen as a role model with regard to the environment and climate. An important reason for this is the region’s long tradition of political co-operation. The challenges we face are growing in size and number, which makes co-operation even more important going forwards.
How can we help you?
More 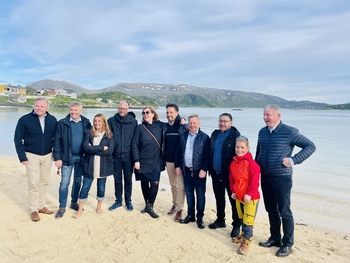