Skip to main content
Mail Facebook Linkedin Twitter Sign up to newsletter
Árni Páll Árnason has been commissioned to conduct a strategic review of the Nordic welfare model and submit a report during the first half of 2018.

On Thursday 15 June, Dagfinn Høybråten, Secretary General of the Nordic Council of Ministers, announced that he has commissioned Árni Páll Árnason, former Icelandic Minister of Social Affairs, to conduct a strategic review of social provision in the Nordic Region.

“I am proud and grateful to have been entrusted with this important task,” says Árnason. “Nordic experiences in social policy have served as a model for the rest of the world, and we must continue to be at the forefront of progress. Nordic co-operation on social policy, which involves sharing our experiences and thoughts about the challenges we face, will play a crucial role in maintaining our leadership position.”

Árnason also served as Minister of Economic Affairs during 2010–2011 and as chair of the Icelandic delegation to the Nordic Council in 2007–2009. Originally a lawyer, he has served as a diplomat and political advisor specialising in European law and security policy.  Árnason was a member of parliament from 2007 to 2016, and led the Social Democratic Alliance between 2013 and 2016.

“His solid political and professional background and in-depth knowledge of Nordic co-operation make Árni Páll Árnason eminently well qualified to conduct this analysis of the potential for working together on social issues over the next few years. I look forward to reading his recommendations,” says Høybråten.

The Nordic welfare model may be among the best in the world but it is under pressure. It must be refined in order to remain sustainable and to ensure that it provides the requisite social services of the highest possible quality. In this light, in March 2017 the health and social ministers decided to fund a strategic review of social provision. In particular, the review seeks to answer the following questions:

The answers should encompass measures, services and benefits for children, socially disadvantaged people, people with disabilities and the elderly. The review will cover the work done by both the public sector and civil society for people of all ages and genders.

The review will be the sixth in a Nordic series, which started with Thorvald Stoltenberg’s report on the Nordic countries’ potential to work together on defence and security policy. This was followed by strategic reviews of Nordic co-operation on health by Bo Könberg and working life by Poul Nielson. Reviews have also been conducted of co-operation on energy and the environment. 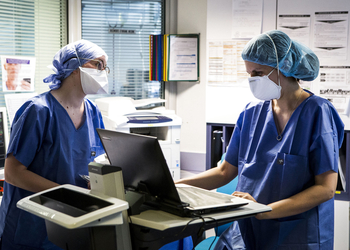