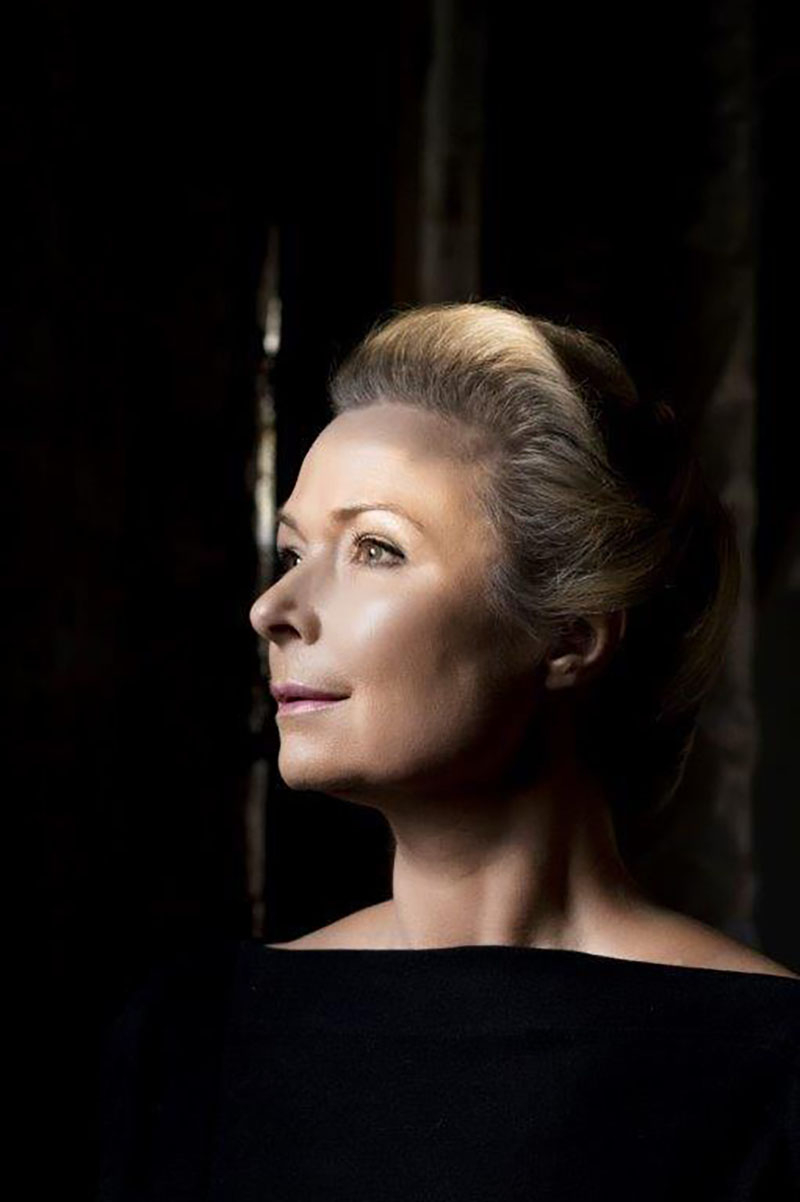 Helle Helle is a unique voice in Danish literature. Her writing is borne by a stringent, understated writing style that describes what can be seen and heard. Helle Helle (b. 1965) made her debut in 1993 with the novel Eksempel på liv, and has since gained a number of awards and a large readership. Her books have been translated into 20 languages. Helle Helle’s oeuvre includes both novels and short stories, and each book experiments with language and form in new ways. de continues this trend, as the novel is written in the present tense alone. At the same time, it is also the saddest and most poignant book in her authorship. With de, Helle Helle excels herself.

The linguistic technique of using the present tense postpones, in its way, the death that awaits in the novel. We meet a 16-year-old girl and her mother, who has been diagnosed with a fatal disease. But mother and daughter do not talk at all about the disease or the grief; instead, they talk about everything else, laugh a lot and live on almost as if the disease did not exist. But only almost. Throughout this crystal-clear novel, there is an undertone of sorrow and loss that seems to be stronger than before in her writing; perhaps because the grief has now, so to speak, moved into the grammar. With the pure present tense, her daughter can live with her mother in the present without losing her. The novel also contains a loving portrait of a mother who talks about coffee, food and daily chores instead of about grief and illness:

“On the third day, a pair of pigeons settles on the roof (…) When her mother comes home from the shop, she lies beneath the woollen plaid and trembles. She watches tennis with the sound turned off, her mother arranges the window sill: How they’re cooing up there! Is there any coffee? She says.”

The relationship between the mother and daughter is warm and caring, but in all its tenderness it also appears fragile and exposed, when, as a reader, you notice all that they do not talk about. When at one point her girlfriend Nete asks the main character why she is sad, she replies in all simplicity: “Because”. It is in such striking lines that the unspoken and the humour appear.

The novel has 51 short chapters and extends chronologically over a year in time. Both the daughter and her mother are nameless, which sometimes causes them to blend together in the writing. The title, de (‘they’), refers to the two of them: a unit that exists now, but which soon will disappear. At the same time, de also refers to the others from the town and high school: friends, lovers and parties are described specifically and in detail, so that the reader can see them for themselves. The novel’s own circular movement leaves the reader with a cyclical sense. It is bound to time and to the movement of the year, but also to repetition, which contains the seed of hope. The “Because” of the main character is thus both an empty statement and an apt conjunction – because it is in the connections that we find both love and what is painful in Helle Helle’s universe. And this may be the reason why there is so much tenderness between the mother and daughter.

de contains many references to the author’s earlier novels, especially Rødby-Puttgarden from 2005, which, like de, takes place in the town of Rødby in the 80s, where two sisters have just lost their mother. As previously in her writing, Helle Helle describes what people say and do, but not their feelings, and it is precisely through this particular iceberg technique that she suggests emotions and relationships between people in an extremely precise manner.

With de, Helle Helle portrays a heart-warming relationship between a mother and daughter in the shadow of grief and death in a beautiful, touching and original way. The novel puts into words the common grief that we humans share: the sorrow at having to lose our parents. de is a sharp and utterly dazzling novel that is also amusing and infinitely sad. The novel is a highpoint in Helle Helle’s writing, and in the Danish prose of the decade.