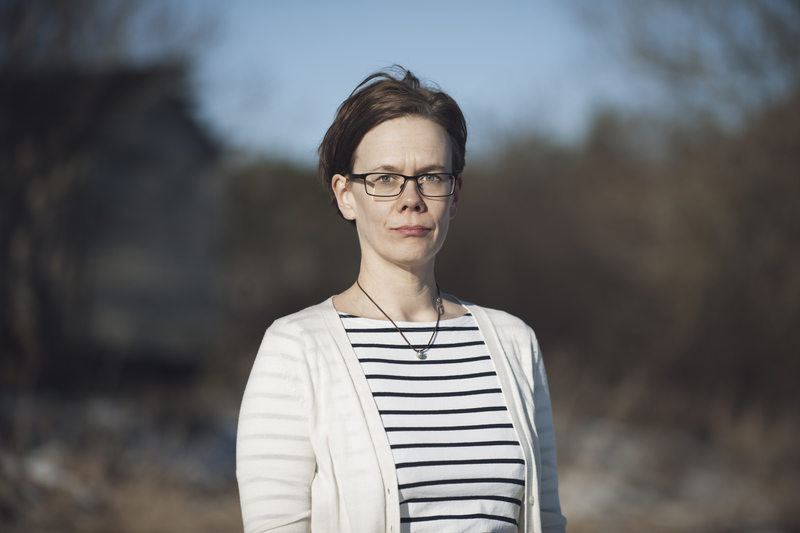 Time pulses within every individual, like the rhythm of the wings of a bird in flight.

In such vein of timeless insight, Johanna Boholm creates her lyrical prose narrative Jag är Ellen (in English, “I am Ellen”). Boholm is Åland’s candidate for the Nordic Council Literature Prize in 2017.

Boholm was born in 1976 and lives in Jomala in Åland. She made her debut in 2013 with a unique work of prose, Bydgebok (in English, “Countryside Book”), which received rave reviews and was nominated for the Nordic Council Literature Prize the following year. She is a unique stylist who can build a dense atmosphere in just a few words. Nothing is obvious in these texts, in which plot is subordinate to the stylistic values of words and where enigma and ambiguity both challenge the reader and offer a sense of fellowship. Once you have settled into the language, you won’t want to leave it. Jag är Ellen has two female figures – Johanna of today and Ellen from the past. They mirror one another in a dialogue outside the bounds of the mind even as they are stripped down to ancient earthly forms as symbolised by the fragile egg – the beginning of everything. Time rushes within Johanna like a resounding song. She remembers an escape, but what from? On a genealogy course she tries to trace her way far back into time: “You should write a meandering path out of everything,” says the course leader.

Most of the narrative is about transformation – past and present flow together, human destinies intertwine, women assume traits of birds, while the story’s only masculine figure – the Boholm man – lies dead in the bog before miraculously rising again. Johanna and Ellen take off and dance above the rooftops like figures in a Chagall painting: “We’ve broken free from the mud. We’ve broken free from fields, forests, and soil; from old earth, eggshells, remnants of nostalgia, moisture, and torn curtains.”  But the concrete elements are just fleeting notions of a suggestive fabric, of a creation story of great verbal beauty. Boholm’s Jag är Ellencan be read as a lyrical vision formulated with recurrent symbols and metaphors – a silk glove, heart murmur, chirp – that form the themes of a sonata.

The words follow the flight of birds – a way of bringing in mankind and allowing for new insights, dreams, and shifts in time and space.