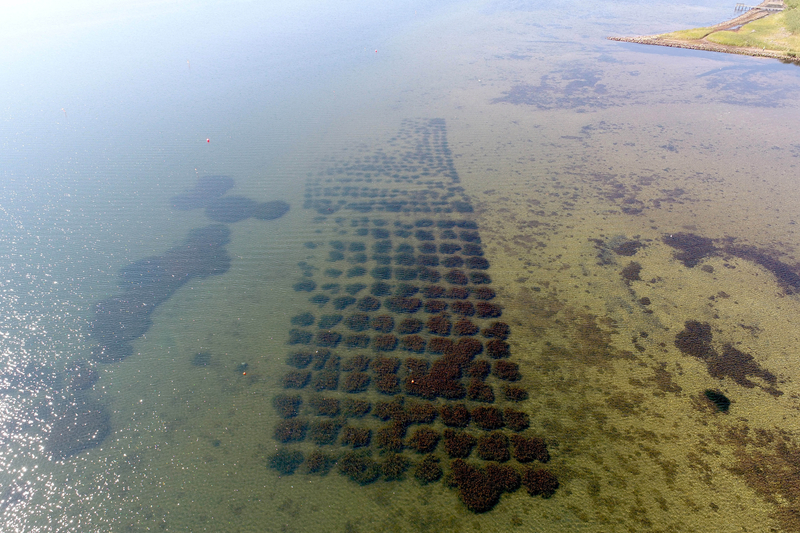 Several years into the project, everything points to the fact that the otherwise lost ecosystem in Vejle Fjord is slowly returning to its former glory. Thousands of eelgrass shoots have been planted, large mussel banks have been laid out and rock reefs are now taking shape. The mussels filter the water so that sunlight can penetrate further down, and then the eelgrass grows at depths that were once too dark for it. The results are clear: The eelgrass thrives in the fjord, where it binds CO2, nitrogen and other nutrients.

Since planting, the shoots have multiplied and larger fish have started to appear in the eelgrass beds. The formation of rock reefs provides calmer waters which both protect the eelgrass and provide a habitat for larger predatory fish and macroalgae. In addition, the colossal stock of crabs is gently but effectively being fished out, so that the eelgrass can really anchor itself to the bottom.

The project was created in co-operation between local and national stakeholders including researchers, authorities, nature conservation associations, agricultural organisations and recreation clubs. Together they prepared an action catalogue containing their experiences and the tools used for the benefit of other fjords and coastal water areas where flora and fauna are suffering.

Find out more about Sund Vejle Fjord
Contact information
Josefine Carstad
joscar@norden.org
(+45) 22 35 70 13
Nordic Council Environment Prize
The purpose of the prize is to raise awareness of environmental work in the Nordic Region.
How can we help you?
More