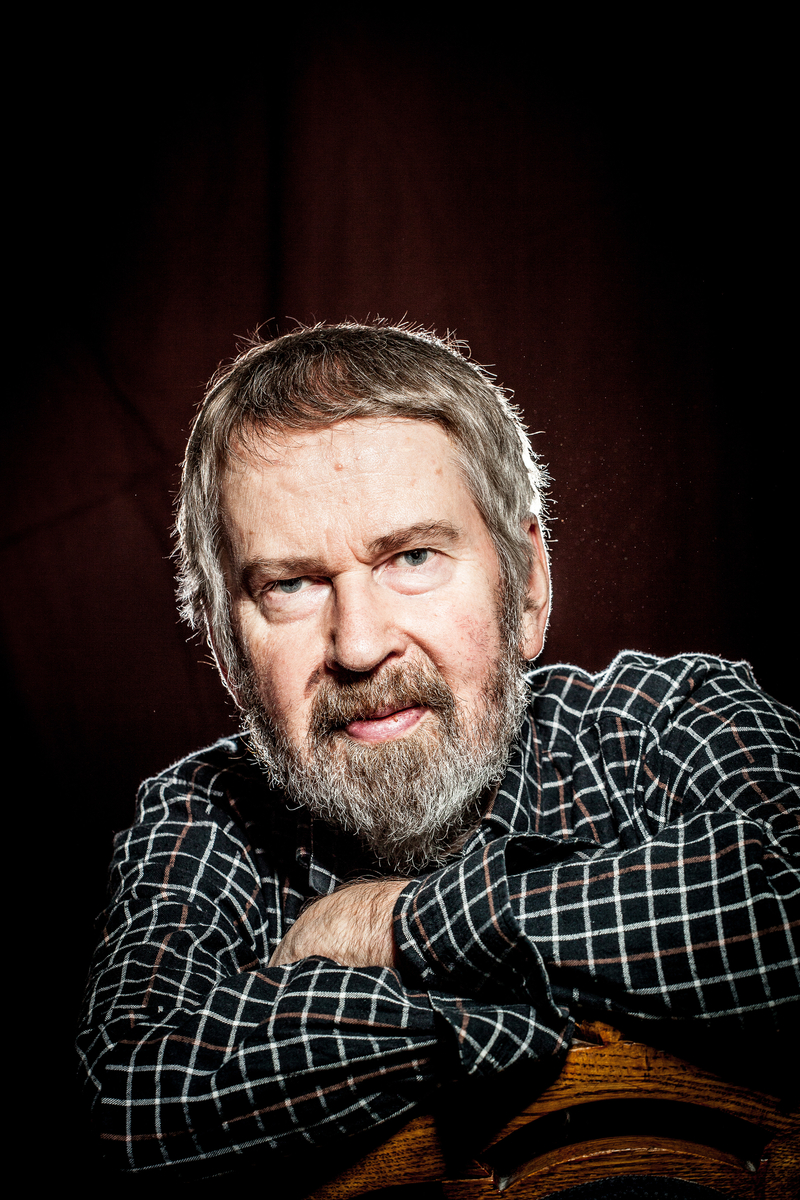 Tomas Mikael Bäck (born in 1946) is a distinguished poet who has been publishing poetry collections small in format but big in substance for almost fifty years.He made his debut in 1972 with Andhämtning (in English, “Catch your breath”). Last year saw the publication of his twentieth book, De tysta gatorna (in English, “The quiet streets”), which is now nominated for the 2017 Nordic Council Literature Prize. He was awarded the Edith Södergran Prize in 2014 and the Längmanska Cultural Foundation Prize in 2016.

When Bäck first ventured into Finland-Swedish modernism he was influenced primarily by Gunnar Björling. His means of expression became increasingly austere, and in the 1980s he published several collections of aphoristic one-liners. In recent years he has allowed his poems to extend over a few more lines and become more personal, often on the basis of a specific observation about his city of birth, Vaasa. The narration and the sensually recognisable details – the smells, sights, and sounds – of his later poetry make it somewhat relaxed and liberated. The reader is quietly excited to read Bäck.

De tysta gatorna opens up “the same old senses” and “any recollection whatsoever may return”. When we open up, often what we hear is not, as Bäck points out, emptiness or silence, but the “tinnitus in one’s own apparatus”. He affirms these interferences and disturbances. In actual fact they may resemble music not yet created or the peaceful sound of unrelenting rain. Even mistakes and accidents are welcomed and given meaning:

In the train, I go in the wrong direction. I cut myself on a cabinet door. This love at every turn.

The poems do not lack for drama – there is a thunderstorm, a forgotten landscape in flames, and lightning making black zig-zag patterns. For the most part Bäck does without gaudiness and spectacle: “Ultimately, perhaps one doesn’t need vermilion and emerald?”

What one needs instead is grey and gold, the rain and the music, and “the experience of a presence that nothing disrupts”. Bäck examines the hollows in the walls that the language surrounds us with in a meditative and patient manner, and goes behind the no-entry sign of thought. What he finds there he then conveys in poems written with great care and vigour, and a tender, melancholy humour.