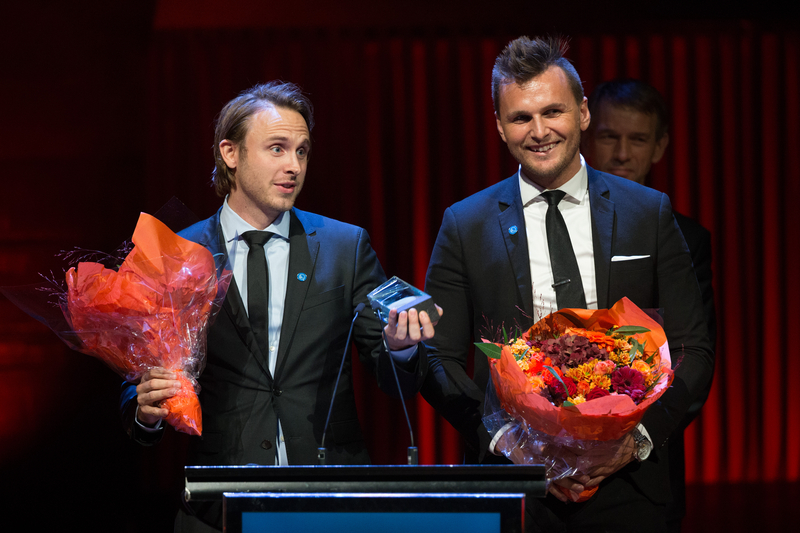 Photographer
Magnus Fröderberg/norden.org
Mail Facebook Linkedin Twitter
The winner of the Nordic Council Environment Prize 2016 is the Too Good To Go app from Denmark.

The Too Good To Go app is a digital innovation that uses simple and informal means to change the way that both consumers and businesses approach food waste and the consumption of resources. The company helps restaurants and food businesses to sell surplus food to the public, who in turn can buy the food at an affordable price.

This is a concept that can inspire other industries to take similar steps. Already it has spread to several other countries. The initiative is in line with new global targets for sustainable development that focus on reducing food waste and general resource consumption.

“Since 2015 we’ve sold 500,000 meals through the app and subsequently saved 3 tonnes of food from going to waste every day, which is of great benefit to the climate and the environment,” says director Stian M. H. Olesen, who was awarded the prize together with Klaus Pedersen. “A third of all food that is produced in the world will be thrown away, and all the while there are people out there starving. The climate is under unprecedented pressure. We want to do something about it,” said Olesen at the award ceremony.

“We’re honoured to have won the Nordic Council Environment Prize, which is a great recognition of our efforts. Food waste is one of the three biggest environmental pressures, so it’s important for us to draw attention to the problem.”

Pedersen says that there is increasing awareness of the company’s environmentally-friendly concept:

“The Too Good to Go app has been downloaded more than 800,000 times, and the number of registered users is growing by around 5,000 per day. Our business is growing by an average of 20% per month, so it’s absolutely taking off.