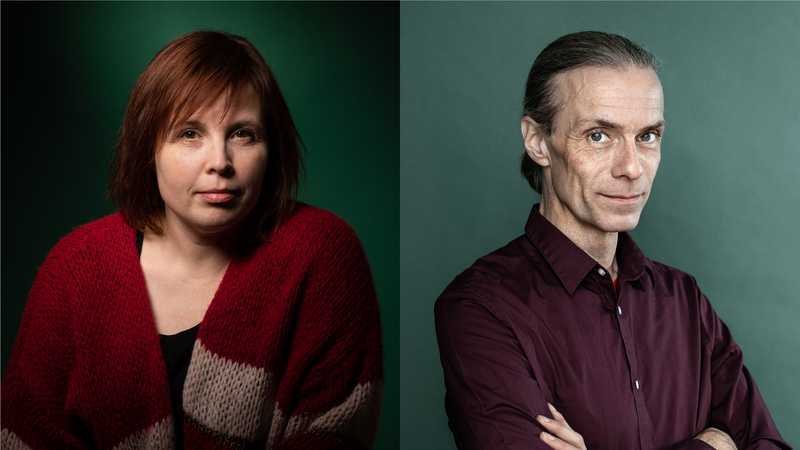 Before Christmas, 11-year-old Danja and her family head to their grandmother’s to spend the whole of Christmas together, as is their tradition. Grandma lives in an old station house next to a disused railway line. With age, she has become increasingly forgetful and talks incoherently about an enigmatic silver key. When Grandma then disappears from her bedroom without a trace, Danja discovers that the train station outside is served by the mysterious Night Express at night. She climbs aboard and arrives in a world where people look for long-awaited relatives at various stations with the help of objects associated with shared memories. Danja gets to know Konrad, who’s looking for his missing father, and she learns that it’s her own grandfather who designed the entire Night Express. Now, however, the machinery needs to be completed so that Grandma can return. But who is the hostess at station twelve who takes care of the objects? And what is the lady with the red hood really looking for?

Surrounded by the inventions, gears, railway tracks, and strange objects in this steampunk-inspired novel, we follow Danja’s search for her beloved grandmother. The book is set in a magical dream world beyond space and time. It is an incredibly multifaceted story. It’s about what it’s like to miss someone, but it’s also about ageing and mental illness. The children try to understand the adult world and people’s sometimes complicated choices. As in Erlandsson’s earlier children’s books, the parents are often distanced from their children and preoccupied with their own agendas. The children are independent and perceptive and make sure to put everything right. With the help of fairy tale magic, anything is possible!

Karin Erlandsson is an Ålandic author who has been nominated for the Nordic Council Children and Young People’s Literature Prize twice before. Nattexpressen (“The Night Express”, not translated into English) won the Runeberg Junior Prize in 2021, where groups of children vote for the final winner. Swedish illustrator Peter Bergting has created the book’s images. Bergting’s graphic illustrations are in a dark and eerie cartoon style that enhances the work’s suspense and gravity. Nattexpressen has 24 chapters and is suitable for reading aloud in December as a countdown to Christmas Eve.