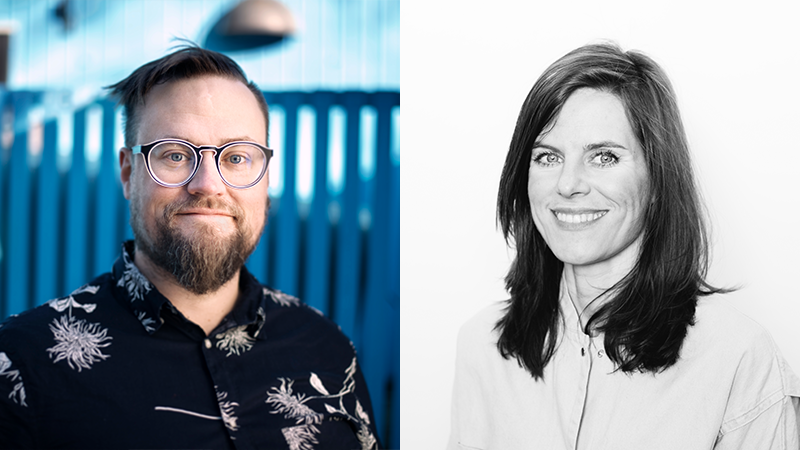 Two brothers are hunting in the savanna. They are dangerous “lions” who silently creep up on the gargantuan gazelle and the wildebeest to catch them unawares. And sometimes they just laze around in a heap. But the lower part of the bunk bed turns silent. The older brother falls ill and all he can do is roar softly. Jens Mattsson and Jenny Lucander depict the brothers’ shared play world in the picture book Vi är Lajon! (“We are lions!”, not translated into English), showing how a little boy grapples with accepting that a serious illness (cancer) has sunk its claws into his brother. The game offers comfort in a difficult situation: “I have to climb over the grid and lie next to it. Mum and Dad are holding paws. I make claws with my fingers against my brother’s arm and growl. ‘We’re lions,’ he whispers. I nod. We’ll go hunting again soon.” The lions don’t want to be caught up in tubes and drips - they hunt the hospital corridors, where their prey is a lady-zebra with a walker and an old-man hippo wearing hospital pyjamas: “Then we’ll catch a hippo in pyjamas with a bandage on his head. He’ll screech in terror as we roar like lions and tear him to shreds. Hippos are good. They get nice and scared.” The book addresses one of the most difficult situations - the illness and death of a child. Humorously yet sensitively, the story shows how play helps to heal, alternating between shades of orange and pale purple. Lucander’s style is unmistakable, with its painstakingly worked perspectives and his confidence in portraying the characters. Mattsson’s text is sensitive, varied, and clever: “Mum is shivering like she’s freezing. Dad neatens the flowers, but they’re lovely as they are.” The text is well balanced and allows for plenty of discussion on how illness redraws the family map. Using the “I” point of view, the children’s play world is brought to the fore, while the pictures show the adults’ distress in looking after a terminally ill child. The book stands resolutely on the side of the child and defends their right to play. The end pulls no punches, with the touching vision of the flyleaf of the two lions playing together again, like a new version of the Brothers Lionheart in a gripping portrayal of brotherly love. Comfort is encumbered. As a physical book, the landscape format provides space in which the lions’ games play out in the imaginary savannas and hospital corridors, with movement and drama, as well as contemplative points for rest. In the midst of grief, the book offers hope. Even the most difficult of things can be embodied in bright orange.

The book has been published by Finnish-Swedish publisher Förlaget, known for its high-quality, artistic picture books, as well as by Natur & Kultur in Sweden. It is a brilliant example of Nordic co-operation in the field of picture books.

Please note that the Swedish publisher Natur & Kultur was the original publisher of Vi är Lajon!