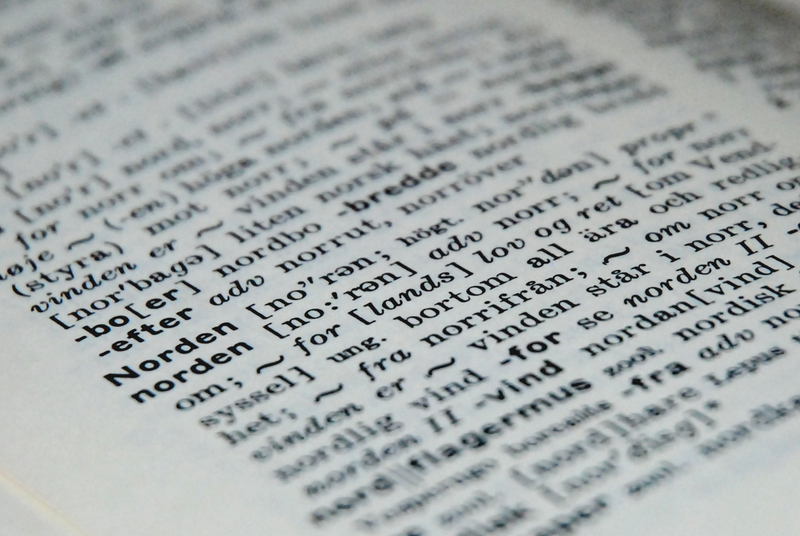 Photographer
Ane Cecilie Blichfeldt
Mail Facebook Linkedin Twitter
Historically, many of the people of the Nordic countries were able to understand each other. This linguistic community transcended borders and helped to bind the Region together culturally.

Much of the Nordic Region is bound together by languages so closely related that, with a little effort, most people understand each other.

Other languages spoken ​​in the Region are less closely related, and English is gaining ground in both professional and cultural contexts, which represents a challenge to our understanding of the neighbouring languages.

The linguistic community of Danish, Norwegian and Swedish speakers is also under threat in other ways. Our expectations of and attitudes towards the extent of our mutual understanding affect how we interact with people from neighbouring Nordic countries.

These expectations and attitudes are based on, among other things, how often we encounter the neighbouring languages ​in our day-to-day lives. For example, in 2016, the Norwegian online drama SKAM (Shame) generated considerable interest in the Nordic language community among young and not-so-young people across the Region.

Certain words and phrases from SKAM achieved an almost cult status among fans. Time will tell whether any of these loan words from SKAM will endure as slang, or even everyday terms, in other Nordic languages.

Upper-secondary teachers across the Region have used the series to focus on and work with the neighbouring languages, and to explore shared Nordic cultural and social references. It will be interesting to see what impact a youth-culture phenomenon like SKAM will have on the teaching of neighbouring languages ​​in the long term.

SKAM made a difference to many fans’ expectations about whether they would be able to understand Norwegian. This is just ​​as important as formal teaching in the neighbouring languages, which might otherwise have had a somewhat limited effect in the long run. Instead, the idea that learning Norwegian is easy – or even fun – will have a lasting effect on the SKAM generation.

Languages in the Nordic Region

Historically, many of the people of the Nordic countries were able to understand each other. This linguistic community transcended borders and helped to bind the Region together culturally.

The sense of community in the Region is the result of linguistic and historical conditions.

For centuries, the Nordic states and autonomous territories have been part of various unions and other formal communities, as a result of which Denmark, Norway and Iceland have close cultural links – as do Finland and Sweden. These relationships became interwoven – and further strengthened – by the Norwegian-Swedish union and the by Greenland and the Faroe Islands being autonomous part of the Kingdom of Denmark and Åland being an autonomous part of the Republic of Finland. Norway gained its independence in 1905, Finland in 1917 and Iceland in 1944. Previously, these countries’ administrative, educational and church language was either Danish or Swedish. They had also shared a literary history and a linguistic and cultural community, and this continued – at least to the extent that the Nordic nations and people saw fit to maintain it.

Most of the Nordic languages are part of the Indo-European family. Faroese, Icelandic, Norwegian, Danish and Swedish are all North Germanic languages that stem from the same common tongue spoken by the Vikings. Since then, the languages have grown apart ​​from each other and separated into western and eastern branches, with Danish and Swedish on the one hand, and Norwegian, Faroese and Icelandic on the other. Faroese and Icelandic constitute the Island-language group. They are not mutually intelligible with what are known as the mainland Nordic languages, i.e. the Scandinavian languages Danish, Norwegian and Swedish. This is due to, among other things, divergent developments in pronunciation. In other words, they have different sound systems.

Pronunciation differences are the biggest cause of problems when it comes to understanding neighbouring languages. Nowadays, perhaps surprisingly, there is a greater degree of understanding between Norwegian and Swedish than between Danish and Swedish.

The Finnish and Sámi languages ​​belong to the Finno-Ugric language family. Sámi is spoken in the north of the Nordic Region, in Norway, Sweden and Finland. Small minorities also speaks Karelian in Finland; Kven in Norway, and Meänkieli i Sweden, languages not readily understood by speakers of the main Nordic languages.

Greenlandic (or Kalaallisut) belongs to the Inuit branch of the Eskimo-Aleut languages, i.e. a third language family, and is spoken in Greenland. It is related to a number of languages spoken in northern Canada and Alaska.

A range of immigrant languages are also spoken in the Nordic countries.

The status of languages in and outside the region

Danish, Finnish, Norwegian, Icelandic and Swedish (including Finland-Swedish) are all official national languages. Along with Faroese, Greenlandic and Sámi, they are the languages that our societies and culture are based on. The Nordic sign languages have a special position in the Nordic societies. “Declaration on Nordic language policy” explains the status of the languages and for key areas of Nordic language policy. The responsibility for following up on the declaration lies at national level but Nordic co-operation is designed to support national efforts.

Danish, Finnish and Swedish are also official languages of the European Union.

Danish is an official minority language in the German state of Schleswig-Holstein. In the South Schleswig area, Danish has been one of several official languages since 2015.

Finnish is recognised as a minority language spoken in the Republic of Karelia, in north-west Russia.

Languages in the Nordic region

Nordic co-operation involves a certain degree of parallel language use between the three Scandinavian languages (Danish, Norwegian and Swedish) on one side, and English on the other.

Since 1991, the Nordic Council of Ministers has developed close co-operation with the three Baltic republics – Estonia, Latvia and Lithuania. English is the working language of Nordic-Baltic co-operation.

In some academic and professional contexts, English is used as the language of co-operation.

In some respects, it might be easier and more convenient for all co-operation to be through the medium of English. However, the fact that political co-operation is rooted in the mutual understanding of the neighbouring Nordic languages (Danish, Norwegian and Swedish) sends a positive signal of cohesion across linguistic and national boundaries.

For example, the Council of Ministers has a special focus on listening comprehension between Danish, Norwegian and Swedish. You can read more about the neighbouring language understanding in research reports like Håller språket i hop Norden? (Does language hold the Nordic Region together? 2005), Dansk og svensk – Fra nabosprog til fremmedsprog? (Danish and Swedish – from neighbouring languages to foreign languages, 2013) and Man skal bare kaste sig ud i det (Just take the plunge! 2016).

Håller språket i hop Norden? (Does language hold the Nordic Region together?) (…
Read Dansk og svensk – Fra nabosprog til fremmedsprog? (Danish and Swedish – fr…
Man skal bare kaste sig ud i det (Just take the plunge!)
Contact information
Peder de Thurah Toft
pedtof@norden.org
+45 60 39 42 96
The Nordic languages
Mutual understanding of each other’s languages promotes mobility between the Nordic countries and enhances the sense of affinity between the peoples of the Region. The main focus of the work to promote language understanding, both now and in the future, is on children and young people’s understanding of written and oral Danish, Norwegian and Swedish.
How can we help you?
More 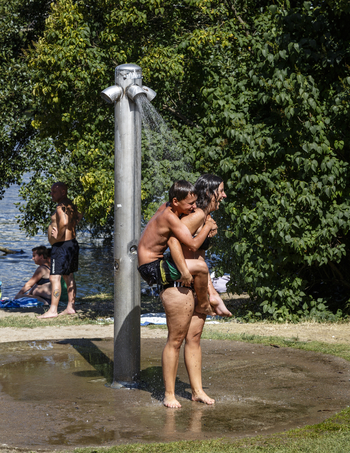 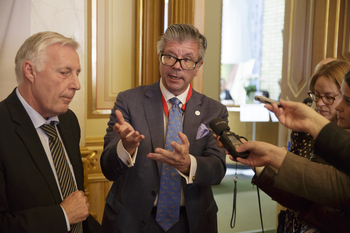 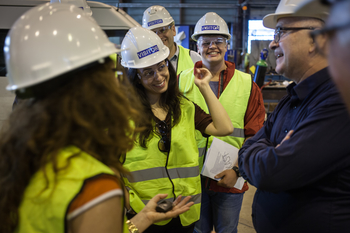