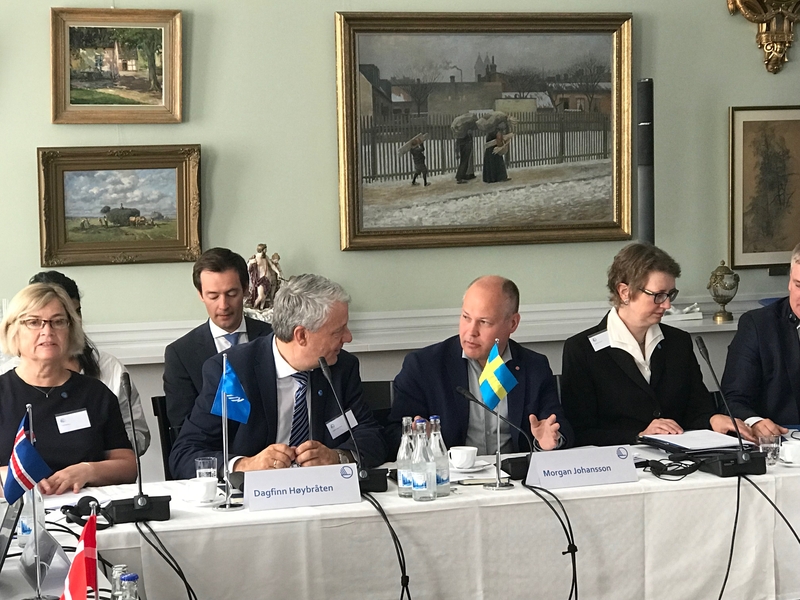 Photographer
norden.org/André Jamholt
Mail Facebook Linkedin Twitter Sign up to newsletter
The Internet has become a new outlet for child sex abuse and made it a cross-border problem. The Nordic countries are committed to intensifying efforts to combat crimes of this nature.

A two-day conference of experts in combating Internet child sex abuse was held to coincide with the annual meeting of the Nordic justice ministers in Lund. The Nordic Council of Ministers funded the conference.

“This type of crime has a lasting effect on the victims. The perpetrators must be brought to book and made to pay the penalty for their crimes. By working more closely together the Nordic countries will be able to arrest more of these types of criminals,” says Morgan Johansson, the Swedish Minister for Justice and Home Affairs.

Representatives of official agencies and police forces in Denmark, Finland, Iceland, Norway and Sweden took part in the meeting of experts in Lund, 30-31 May. The participants reported directly to the justice ministers on the discussions and outcomes of the meeting.

Their goal was to identify and describe Nordic initiatives that will:

The Nordic justice ministers also underlined the importance of combating online child sex abuse. They welcome the closer and better Nordic co-operation that is now being discussed in this area and look forward to the submission of a progress report at their next meeting in 2019.

“The Nordic Council of Ministers believes that conferences of this kind are really important. Child sex abuse is harmful and a serious crime. Although new technology is a good thing, it also opens up new opportunities for sex offenders. The Internet means that borders no longer stop them. Our efforts to combat these crimes need to be just as international. We need to work together to protect children adequately,” said Dagfinn Høybråten, the Secretary General of the Nordic Council of Ministers.

Nordic co-operation on legislation and justice
The Nordic justice ministers work together on the challenges they face in terms of Nordic integration, social sustainability and freedom of movement in the Nordic region, including issues such as organised, international crime, obstacles to mobility between the countries and protecting the rule of law in the Nordic region.
How can we help you?
More