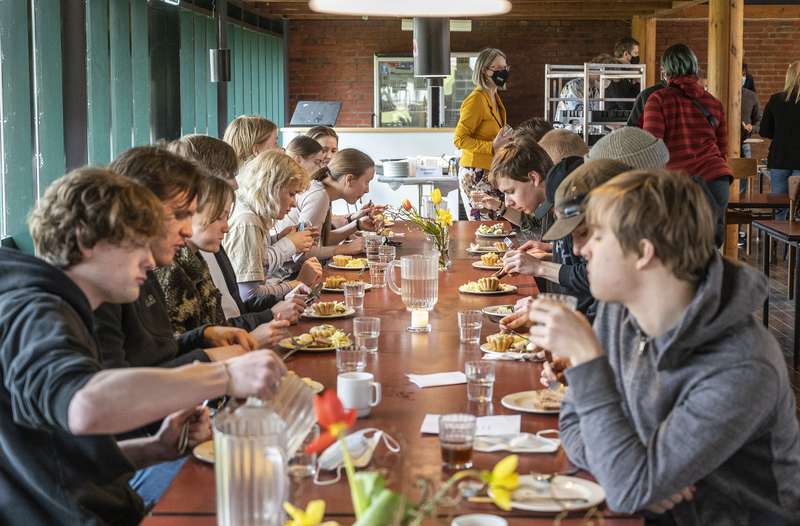 Photographer
John Randeris/RitzauScanpix
Mail Facebook Linkedin Twitter Sign up to newsletter
With world-class dietary advice, low antibiotic use in animal production and steadily declining food waste, the Nordic Region has the potential to become a world leader in the transition to a sustainable food system. Today, the Nordic ministers responsible for food, fisheries, agriculture and forestry gave their full support to the forthcoming UN summit on sustainable food systems – a statement that contributes to global efforts and also undertakes a commitment at home.

Millions of people around the globe are suffering from hunger, malnutrition and poor diet. How do we produce food for a growing population in a way that is also sustainable for nature and the climate, socially acceptable and economically sustainable?

Food production around the world accounts for a significant part of the climate impact and is one of the reasons for the biodiversity crisis. In addition, poor eating habits are to blame for obesity and many of the most common diseases.

Food is key to sustainability

As food is obviously a key to many of the global sustainable development goals (SDGs), the UN has sent out invitations to a summit on food systems to take place in September.

The Nordic Region has an important role to play here, say the ministers responsible for agriculture and food issues. They devoted a large part of their meeting on 24 June to preparations for the summit.

The Nordic countries want to share their knowledge and experience with the world, while at the same time they are getting ready to step up their efforts both nationally and in co-operation with each other.

“On the international scale, the Nordic Region ranks at the top when it comes to sustainable development. The countries have made valuable efforts to improve the sustainability of food systems, which can serve as a good example globally as well. We want to further strengthen our role as pioneers. In this work, it’s important to see all three dimensions of sustainable development: environmental, economic and social,” says Jari Leppä, Minister of Agriculture and Forestry in Finland and this year’s Chair of the Nordic Council of Ministers for Fisheries, Aquaculture, Agriculture, Food and Forestry.

The Nordic nutritional recommendations are an example of the long-term Nordic strategy for public health, and work is under way to integrate sustainability into food-based dietary guidelines.

Joint message to the UN summit

The ministers agreed on a common message backing the UN summit in September, the UN Food Systems Summit 2021.

Among other things, they write that the countries are working hard to reduce food waste, to combat antibiotic resistance, to adapt to climate change and to develop the sustainable production of food from the oceans.

The ministers write: “The Nordic countries reiterate their full support for the UN Food Systems Summit and continue to work actively with the global community to reach a Summit leading to concrete action”.

The climate impact of food production must be reduced, but the Nordic Region is also exploring the potential of storing carbon in agricultural and forestry land. A new report with six proposals for strengthening Nordic co-operation on carbon storage – including a joint Nordic certification for growers who increase the amount of carbon in the soil – has been tabled to the ministers.