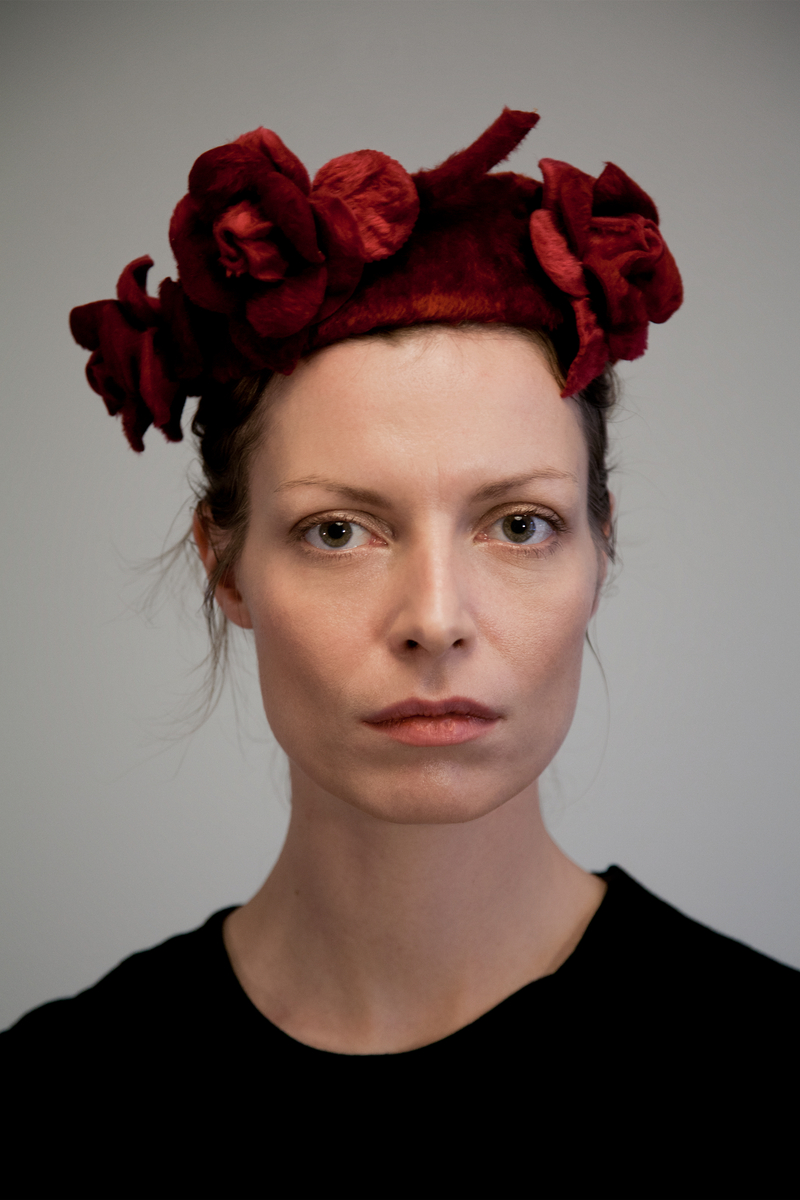 Asta Olivia Nordenhof (born in 1988) made her debut in 2011 with the fine, lucid prose work Et ansigt til Emily (‘A Face for Emily’, not translated into English), but achieved her big breakthrough in 2013 with the poem collection det nemme og det ensomme (The Easiness and the Loneliness, Open Letter 2018, translated into English by Susanna Nied). This was a collection of poems that, with its deeply personal, devil-may-care, naked and affectionate voice, as well as its super-precise sensory imagery, struck a deep chord with the literary public in Denmark, which has not been the same since. Det nemme og det ensomme has been published in Sweden, Norway and the US, and was awarded the Montanas Literary Award, amongst others.

Seven years were to pass years before we heard from Nordenhof again, this time with the novel Penge på lommen (‘Money to Burn’, not translated into English), the first part of a planned series in seven parts, all of which will apparently have some relation to the tragic fire on board the ferry Scandinavian Star in 1990, which cost the lives of 159 people.

Regardless of the planned septology, Penge på lommen is a superb standalone novel which, in electrifying language, tells the story of Kurt and Maggie. They were both born around 1945, and we follow them in various short chapters back and forth in the time before, during and after their relationship. In the middle of the novel is the section ‘Scandinavian Star’, which puts their ‘small’ life story into a ‘large’, capitalism-critical context, and summarises the many complicated components of the as yet unsolved arson murder in a crystal clear manner.

Kurt and Maggie come from society’s absolute underclass and share the experience of having had to sell their bodies to survive, and various other forms of structural violence. Although Kurt manages to start a haulage company, and thereby gets some money in his pocket, the humiliation and powerlessness of the experience of being without money stays with him throughout his life. It sounds like a social novel, and it is – but what takes the reader by storm is the text’s wildly poetic and linguistically innovative way of describing and characterising Kurt and Maggie’s ways of being in and sensing the world. In a way, they experience themselves as things in the midst of other things. Kurt often perceives his body as something that lives a different, uncontrollable life, independent of his own will: “He slept and woke with the feeling that the woman teacher had been watching over his bed all night. That was when he began to be afraid of his face – maybe his face wrote for the adults while he slept” (19). Or: “He reaches for the beer, and his hand is languid, like a swarm of bees” (24). Maggie, for example, feels “like she was cut out of a catalogue” (37) or “very specifically like a floating cucumber” (103).

Penge på lommen is a hard-edged, turbulent book that wants to do something. It is that rare bird: an empathic, non-judgemental putting into words of the inner and outer life of marginalised, late-capitalist people as they appear in the Scandinavian welfare societies of the 1960s to the present day. The novel is thus a piece of contemporary history that aims to understand and analyse the mechanisms of desire that created the late-capitalist consumer orgy and the subsequent crisis in which we now find ourselves. The fact that it is possible to portray such rich and fragile personal worlds in such intense, open and tender imagery makes the novel as sparklingly beautiful as it is unforgettable.