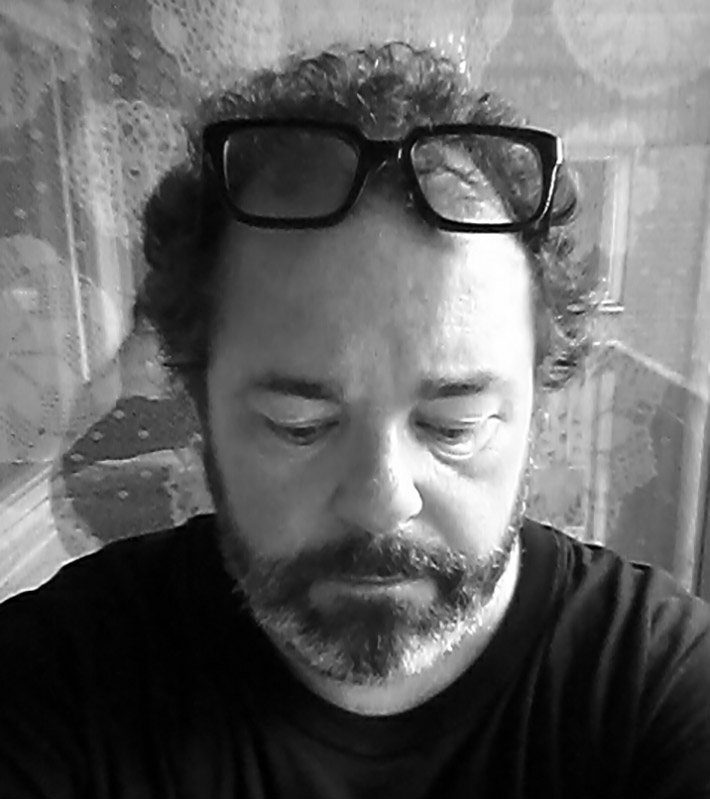 Since making his debut in 1992, Johan Jönson has published a large number of poetry collections. His breakthrough came in 2008, with the lengthy poetry book Efter arbetsschema. Jönson’s writing is sharp in both form and content. He passionately explores human lives under late capitalism, combining immense anger with sorrow and care. Reading Jönson is akin to spending time in various hellish dark spaces, the boundaries between which have dissolved.

The effort that Jönson puts into his poetry is palpable, not least in the books Marginalia/Xterminalia – a pair of symbiotic books published together. Marginalia consists of poems while Xterminalia is a montage of texts.

Jönson manages to make sorrow sing. Marginalia is also like an exhalation in relation to his stout poetry cycle concluded in 2016 with dit.dit.hään.  Marginalia is formulated in terms of forgetfulness and poetry as a continual loss of memory. It consists of a single long poem, separated by short lines clinging to the book’s right and left margins. The centre of the book is left empty. The lyric “I” is always conscious of his own death, of which there is always an imminent threat. There is constant movement. A downward movement that makes things disintegrate. The rain falls, the snow falls, the leaves fall. Blood, sweat, and tears flow. But there are exceptions when the light appears – moments when “morning dew rises /---/ from the earth’s large, silent grave”. And the money needs to come in. An obsessive reminder that interrupts Jönson’s recognisable fragmented flow and haunts each page in italics in such phrases as “I have no money,” “I don’t know where the money went,” or “We need money by the end of the month.” Everything is subordinate to the economic hierarchy.

Xterminalia, whose multifaceted title leads us to Lars Norén’s Terminal and the cult film Terminator, is a long and fiery inner monologue in which Jönson reflects, guesses, wishes, and reasons. He writes about hate, love, and desires related to sex, violence, class, writing, and reading.

Jönson’s obsessive texts are home to perpetual transformation, and reading them is like looking at society and the outside world while also forcing yourself to sit in all the dross and darkness to become one with the poem. Through his powerful poetry, Jönson manages to portray life and humankind in all their fragility. And in it there is beauty.

Johan Jönson (born 1966) is regarded as one of Sweden’s foremost poets. He had his breakthrough in 2008 with the poetry collection Efter arbetsschema, which was followed by the August-prize-nominated Livdikt (2010), and then three volumes of directions: med.bort.in. (2012), mot.vidare.mot. (2014), and dit.dit.hään. (2015).