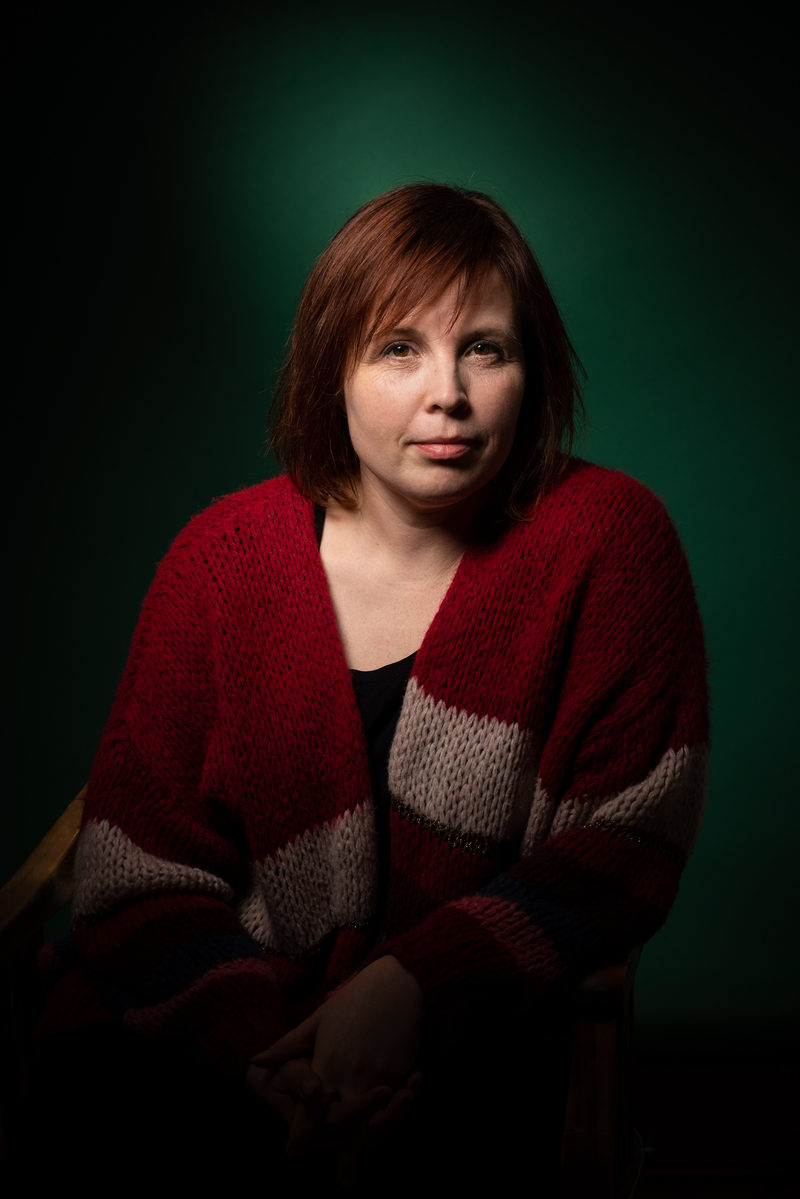 The sea is both a way out into the world, and sometimes it guides the seafarer home.

It is at the very heart of what it means to live on an island. One must be constantly aware of the movement of the sea, of the exhilarating waves that, in a moment, can turn dangerous and frightening. Islanders breathe in time with the sea, at a crossroads where forces of life and death come together.

This provides the existential sounding board for Karin Erlandsson’s novel Hem (Home, not translated into English), the Ålandic candidate for the 2022 Nordic Council Literature Prize.

Erlandsson is best known as a writer of children’s and young people’s literature. The fantasy world of her Legenden om ögonstenen tetralogy has become internationally renowned. Two of the books, Pärlfiskaren (2017) and Segraren (2019), have been nominated for the Nordic Council Children and Young People’s Literature Prize, as has her advent book Nattexpressen (2020). Her rich output also includes several thriller-like novels.

In Hem, she broadens the register impressively. It can be described as a collective novel, but by the same token it can be seen as a series of short stories that share the same basic theme. Åland’s six-thousand-year history, from the Stone Age to the present day, is concentrated here and shown through a consistent women’s perspective. Erlandsson uses tender and relaxed prose to portray the mothers, who are responsible for all the practicalities in the home while the men are usually working at sea and away for months or years on end.

The conditions remain astonishingly similar over the centuries. Loss, anxiety, and uncertainty are the Ålandic woman’s lot, whether during the wars of the Viking age or on the shuttle services of large cruise ferries across the Sea of Åland. What about love, and children, when so much of life takes place at a distance? How does one cope with a constant longing? And how do you deal with the disappointment when a long-awaited return leads to emptiness and alienation?

A magic stone – grey with a white ring, similar to an eye – becomes a symbol of hope that connects the ten stories. The stone exists in the present, but it also exists beyond the realm of time, as a safe haven for all thoughts.

Erlandsson is no stranger to a harsh reality and ventures far beyond depictions of an idyllic archipelago. She writes with realism, without any prettification, which is what makes the text so credible. Certainly, there are dreams. But they’re dreams of survival and endurance. She attaches great importance to historical details. Here, every little element is correct, whether it’s about fishing or baking the Ålandic national wheat bread in the kitchen stove. The centrality of shipping in Åland’s welfare, even in modern times, is emphasised in several of the stories. The important thing is to own a coffee pot and a share in a vessel, as one sailor says in a letter.

The novel uses its linguistically masterful style to pay tribute to an insular world, to a pattern of life close to nature where women bear the ultimate responsibility for the workings of day-to-day life.

The sea gives, and the sea takes away. Vulnerability and anxiety are the islanders’ constants. They have given rise to an unwavering, mindful people who are carried by an inner force that lightens the load and takes a load off the mind.

Life is hard, but not without meaning. A strong wind of defiance and faith blows through Erlandsson’s Hem, with its sometimes almost biblical resonance. Such as when the old church-builder, Birger, walks out onto the frozen sea. “Will it hold?” he wonders, and meets with the comforting response of his daughter, Ragnhild: “If it’ll hold for me, it’ll hold for you.”