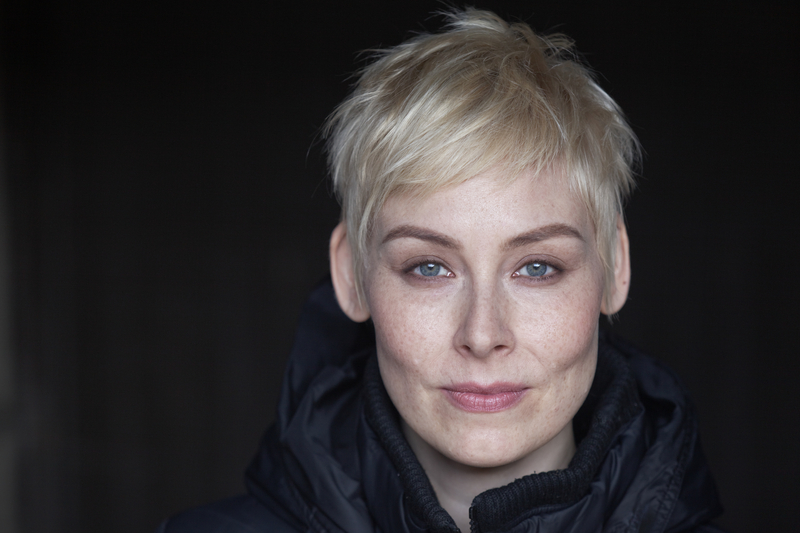 “Oooon... ei-ron! (- -) Rosa said with extreme concentration. As if she was trying to find the most precise words possible from her limited vocabulary – something catchy that could catch the audience’s interest.And then came that word.” The Greek word “oneiron” (dream) also appeared in author Laura Lindstedt’s consciousness and became the starting point of the novel even before she knew what it meant.

Lindstedt’s fantasy about the seconds after death leads the reader to a white phase of transition in which time and space cease to exist. The stripped-down scene of the unknown between life and death is where Oneiron plays out with the arrival of seven women. Little by little their physical needs and feelings are switched off. They no longer feel hunger, and they do not need to breathe. The women come from different parts of the world, have a variety of backgrounds, and speak different languages. Polina is a Russian accountant, Rosa Imaculada is a Brazilian heart patient, and Nina is a French woman pregnant with twins. Wlbgis from Holland is suffering from cancer, and Maimuna from Senegal dreams of a modelling career. The youngest is Ulrike from Austria. The central character in this line-up is the Jewish-American performance artist Shlomith, whose anorexic cultural research stretches the body motif in Oneiron to its limits.

Gathering around a symbolic campfire – a red wig – the women share their stories as sisters in today’s Nangijala. Even with their lives now over, they are part of a community – a comforting thought which enables them to communicate and remember. They are stronger together, even in a situation where nothing exists any longer. “The pulse is a clock. The pain is a clock. But now that was all gone; everything apart from the words. Conversation [...] passed the time, took care of them and, in some sort of incomprehensible way, ensured that they remained human beings.” Language is one of the last things to go, replaced by an almost telepathic understanding. The final section of the book shows the women helping one another to the very end, to their ultimate freedom, while the reader becomes witness to each of them reaching their hour of destiny.

A socio-critical and feminist perspective is integrated into the harsh realism of this fantasy, and Lindstedt’s descriptions of human tragedy and the mechanisms of coercion are certainly no bed-time stories. The author’s considerable cultural and historical knowledge shines through in Oneiron, allowing her to take liberties and to question habits and truths, just as the women do in the white stage of transition as they try to grab hold of words and experiences, when trying to create something homely from their own clothes, or when voting on Swedenborg’s teachings about heaven.

Lindstedt’s artistic playfulness with the conventions of language, style, and prose makes the novel linguistically refined and impressive. The result is a work of multiple voices and multiple layers, in which modern expressions also assume something brilliantly classical. It is as if the author is striving to reach the infinite small details – the fractals – as she writes whole worlds within the space of the blink of an eye. The white reality of Oneiron, a blank page, is filled with living stories that celebrate human fantasy, with the possibilities that literature affords, and with uncompromising artistic work.

The curious reader cannot help but surrender to the stories in this white world. The last woman to arrive, UIrike, does the same as she surrenders to the pleasure that her sisters in destiny give to her at the beginning of the book. But it is also necessary to endure pain and shame. The unflinching scrutiny of everything you have ever experienced.

Laura Lindstedt was born in 1976 and won the Finlandia Prize in 2015 for Oneiron. She made her debut in 2007 with the novel Sakset (in English, “Scissors”), which was also nominated for the Finlandia Prize. Lindstedt is currently in the final stages of her PhD thesis on the problem of communication in Nathalie Sarraute’s production.