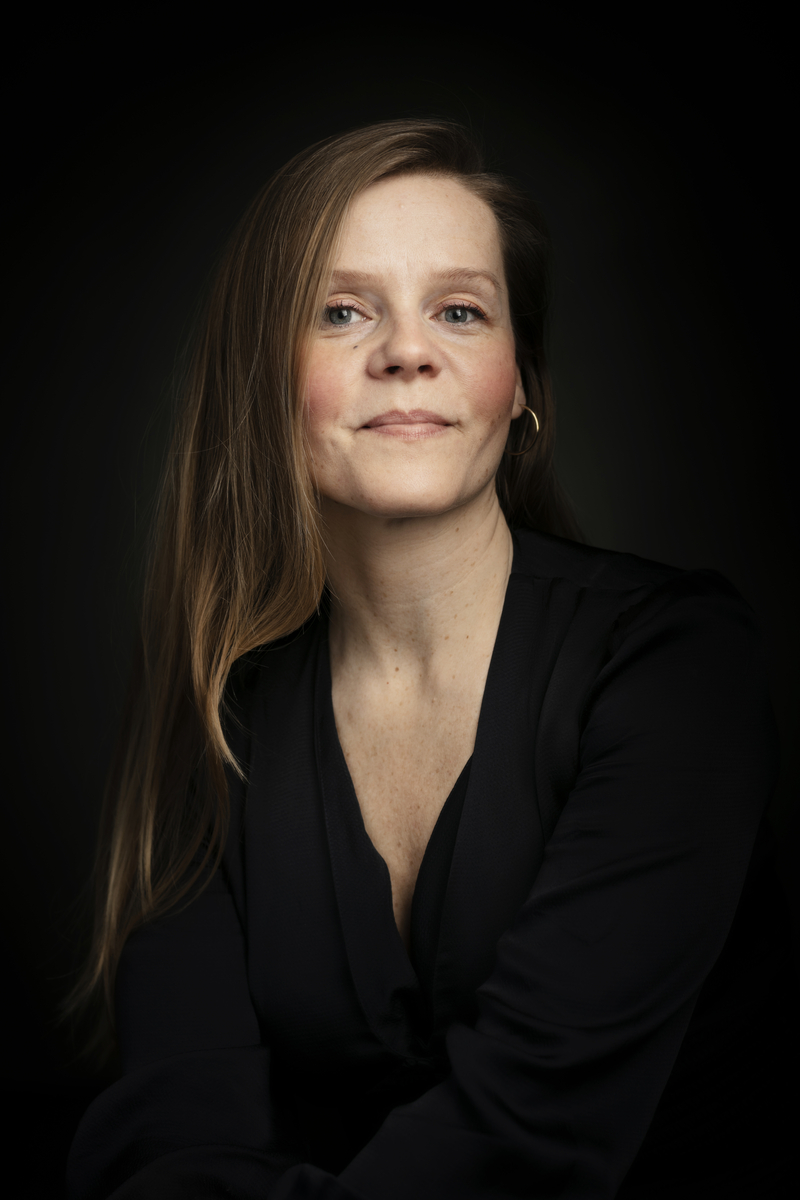 When you write on wet paper, the words dissolve as you write. The letters are absorbed into the paper, and the words may begin to look like different words to the ones you actually wrote. It is an almost impossible task. But what is written remains, blocked somewhere on the pathway between creation and dissolution.

The poems in Lív Maria Róadóttir Jæger’s Eg skrivi á vátt pappír (‘I Write on Wet Paper’, not translated into English) are rooted in relationships with other people and with texts by other poets, writers and philosophers. The concrete, the abstract and the everyday are portrayed soberly, and sometimes as simply and clearly as though in a logical analysis of concepts – but then suddenly the poetic language unfolds, an observation or sensation is interpreted, surrounded by an image that is then perhaps interrupted by quotations or by a very concrete statement from a teenage girl, who would rather be left alone. The ‘I’ that appears in the poems is a child, teenager, student, adult, but the exploratory gaze towards the surroundings is constantly analytical – including in the reproduction of the sensing and thinking self.

Each poem ends with an almost surprising precision, and at the same time the poems are linked, because there is a clear narrative element in the collection, with some relationships appearing several times, woven in and out of the poems. A central figure is a grandmother, “juicy red-yellow”, and her child, who drowns in a river. The term ‘collection of poems’ is in fact imprecise, because the poems have very different formal features, and explore with varying styles and language (one is tempted to say ‘sounds’) relationships and experiences that can generally be described as belonging to a non- or pre-linguistic reality, whether this is an intimate contact, a smell, a sensitive feeling, an irritation, a memory. The ‘I’ in the poems writes and understands along the way, sometimes explicitly with the phrase “I write”.

On the title page is the description ‘poetry’. The collection consists of eight parts, some of which are poems, while others are poetry enfolded in quite short fragments of text. The first and last part are called ‘Notebook’ and ‘Life is apocalyptic. The letters’, respectively. The first poems are about the grandmother, while the last part consists of letters to and from the grandmother, for example: “Dear grandmother. Life is apocalyptic. Every single day is the end. That’s how it feels.” One section is called ‘15 phenomenologies’, which are then systematically numbered: 1.0, 1.1, 1.2, etc.

The grandmother is remarkable, unique, while at the same time like many other grandmothers, and the ‘I’ sees with eyes that may have been inherited from her, and with a gaze that is influenced by hers. Emotions are not expressed directly. The link to the grandmother is for example manifested in the repetition of her statements “Men are not to be trusted”, “Oh, get lost”, or in registrations of her decay.

Eg skrivi á vátt pappír is about writing to understand relationships and the relationship between your own thoughts and the thoughts of all the others, and about understanding yourself as a child, a young woman and a human being participating in the lives of others. The title indicates the poet’s linguistic awareness and in addition (almost correctly inviting) a wonderfully outgoing and analytically sensitive gaze that passes in shifting forms through the eight parts of the collection.

Liv Maria Róadóttir Jæger (born in 1981) published the poem recording Mítt navn við hondskrift (‘My Name in Handwriting’, not translated into English) in 2014, and her first poetry collection, Hvít sól (‘White Sun’, not translated into English) in 2015. She holds an MA in Philosophy from the University of Copenhagen. Eg skrivi á vátt pappír is her second poetry collection.