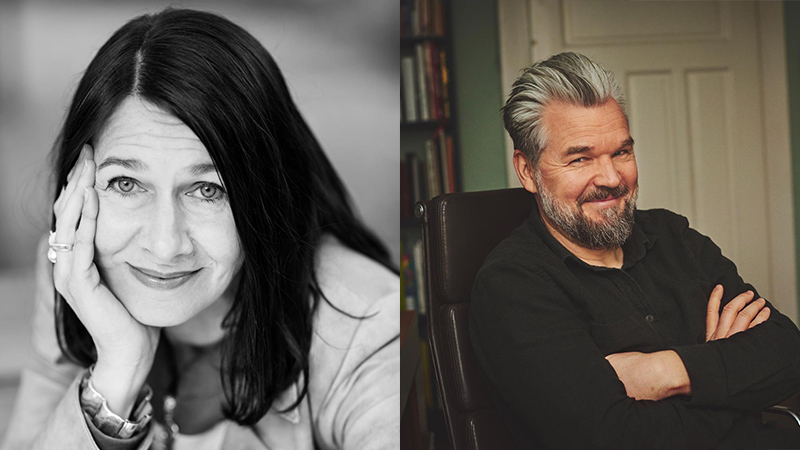 Two squirrel brothers live next door to each other as neighbours. Big brother lives on a tree with a lot of cones. His little brother’s tree yields a poorer harvest of cones, and during a particularly severe winter, his food runs out. A great quarrel breaks out between the brothers, which escalates into a war between all the squirrels in the forest. One brother is dressed in red, the other in white. This animal fable tells the story of the Finnish Civil War of 1918.

It shows how the relationship between the brothers turns sour. The bridge between their homes is destroyed and the trees where they live are felled. Big brother gets support from Vargen (Wolf), Björnen’s (Bear’s) little brother. Many lives are lost in the battles. When the war comes to an end, one of the brothers celebrates his victory, but everyone has suffered all the same.

The text in the book is concise and subtle, and the illustrations in bright colours are graphic and full of symbolism. The text leaves a lot of room for the pictures and the reader’s interpretation: not many words are needed when they’re carefully chosen. The form of the picture book comes into its own in the skilfully balanced illustrations and text – when the picture shows the enemy being attacked with machine guns, the text touchingly describes how it “the bangs and thunders in the forest were so loud that the hedgehogs squeezed their eyes shut and the little birds lost their hearing”. The story goes on, at times carried forwards by the visual and other times by the verbal, and occasionally the two merge. Words and images come together to form an artistic whole that doesn’t underestimate children – the story isn’t embellished, it isn’t cautious or convoluted, but it doesn’t spare the reader, either. This picture book takes the child by the hand and leads them through the horrors of war towards hope and mutual understanding.

What this multi-layered story reveals to the reader depends on their own perceptions and their age. Children can read it as an exciting adventure, as an animal fable, or as a story about a scuffle and how it was resolved. Adults with knowledge of the Finnish Civil War will be able to see through the plot an identify real war events and the Great Powers, which supported the reds or the whites respectively. The story can be read as an account of the civil war or of any other conflict. It is a work about how hatred and violence arise and what they can lead to.

It bravely tackles a difficult subject – the civil war – which has rarely been dealt with in children’s literature. Oravien sota (“Squirrel war”, not translated into English) is an excellent example of what a picture book at its best can achieve. It brings a painful subject closer to the reader and, using the methods of visual literature, it addresses a subject that it’s difficult to find words for and for which text or images on their own do not suffice.

Riina Katajavuori (born in 1968) is a writer and poet from Helsinki. She’s produced several collections of poems, novels, and children’s books. Katajavuori’s works have been translated into more than twenty languages. Martin Baltscheit (born in 1965) is an award-winning German illustrator and author of children’s books. In addition to his books for children and young people, he’s also known as an actor, director, and reader of audio books.