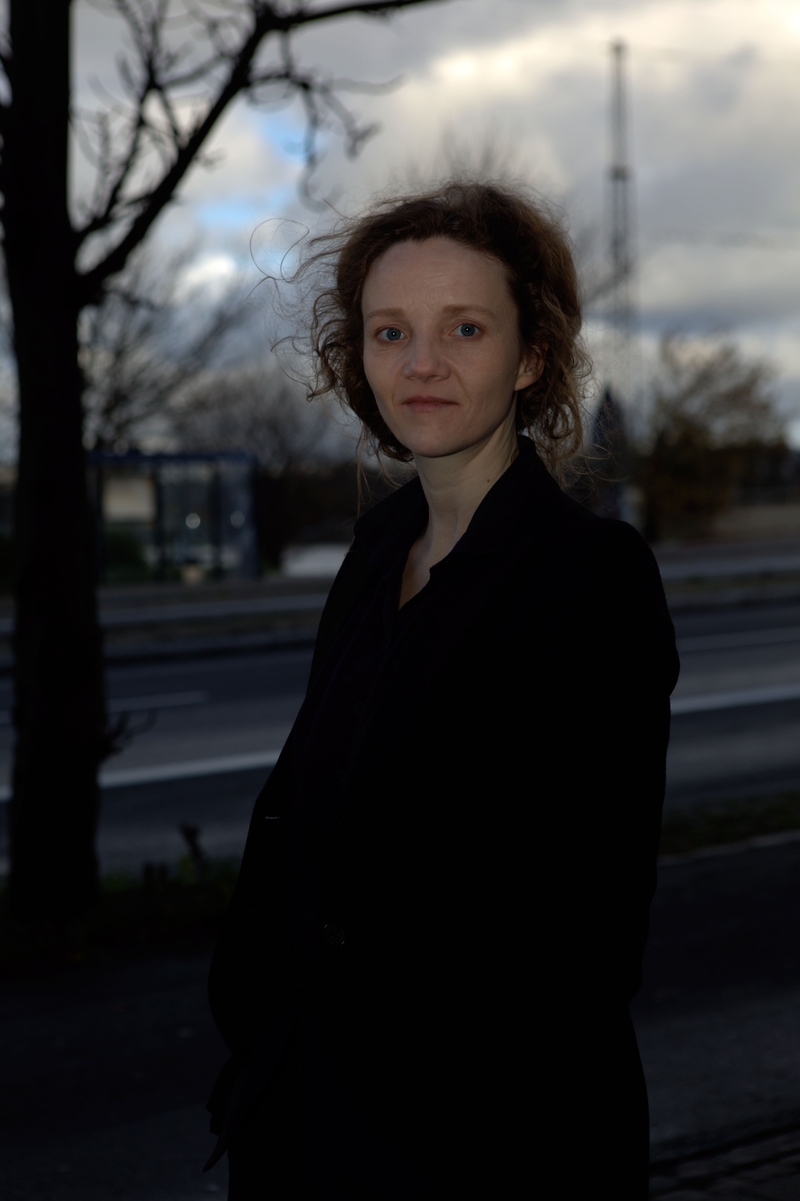 Ursula Andkjær Olsen (born in 1970) is a distinctive voice in recent Danish literature. She weaves together a range of different threads and components in her works, which mimic the structures of classical music. In her polyphonic and systemic compositions, language is a living organism, in which things acquire meaning via the relationships into which they enter, just like the world they describe. Following her debut in 2000, Ursula Andkjær Olsen became a leading figure in the new generation of poets who began to turn poetry more towards the world, by touching on such themes as society, gender, the body and politics. She has written more than 15 works, primarily collections of poems, as well as a novel and several hybrid works, and has continuously worked across the boundaries of the art forms.

In Mit smykkeskrin (‘My Jewellery Box’, not translated into English) the poems unfold in time and as threads to the other poems, in an impressive network structure. The collection of poems continues the topics of motherhood and loss that have been central to her writing since Det 3. årtusindes hjerte (2012) (Third-Millennium Heart, Broken Dimanche Press and Action Books 2017, translated into English by Katrine Øgaard Jensen), but the new and ground-breaking aspect is that the themes are now linked to the menopause: “I am a mother / who does not make siblings of anyone/ who is not going to make siblings of anyone.” Menopause has only been sporadically addressed in Nordic literature, and Ursula Andkjær Olsen treats it in an original and poetic way by showing how it leaves traces in the body and mind, while being part of a larger cycle: “I will get to try dying/ before I die / I will get to try it/ it’s a gift / it’s something that does not incur a debt / it’s something that no one can take from me // the transition from fecund to infertile / from full moon to new moon / I will be a virgin again // I will be a girl / again”.

In this cycle, the body is linked to other bodies as well as to nature and the economy, as an overarching order. The poems reveal the biological and emotional cycle of life, and the menopause is part of this pulsating economic system in which we absorb, issue and give back.  Many words in the poems thus emphasise the fact that there are economics in all relationships: “The umbilical cord was the first economic canal / it divided into mouth and mouthpiece / attached to each body”. More clearly than in Ursula Andkjær Olsen’s previous collections of poems, Mit smykkeskrin shows how the logic of economics permeates everything in the world.

The seven parts of the poetry collection are separated by Sophia Kalkau’s photographic works, and bear such titles as Bankboks (‘Bankbox’) and Mit smykkeskrin (‘My jewellery box’), which, like the red container on the cover, point to the uterus. In the book, the uterus is a hollow container or channel for one body to be transferred into a new one, until the sorrowful loss of fertility occurs. Death plays a major role in the poems, and there are traces of fairy tales and myths. In each section an italicised, narrative poem appears, and here the child and dead mother of the ‘I’ appear as voices and presence, but also as loss, and form part of the larger cycle in which everything is connected: “To have / a place in yourself / the memory of having been / at least two / conjoined organisms / one inside the other / which remembers having been inside a third / perhaps remembers // a civilisation of chains of at least two / no one is alone”.

Through these chains and structures, Ursula Andkjær Olsen causes us to see links between things in the universe that we might not otherwise have connected with each other. She makes us feel that our body is part of a greater whole; that we are in an almost mythical way part of the cosmos and involved in a form of exchange with other people. In a dizzying way, Mit smykkeskrin contains everything, and makes us think and feel something about everything in the world. Ursula Andkjær Olsen’s systemic and cosmological approach carries a link to Inger Christensen’s 1969 masterpiece Det (It, New Directions Publishing 2007, translated into English by Susanna Nied), to which there is also a reference on the first page of Mit smykkeskrin: “it was that / was it just that // then we are on the bus”.

Since her debut, Ursula Andkjær Olsen has experimented with new forms and formats, while at the same time darker tones have gradually invaded her writing. She has greatly inspired younger generations of poets and stands as a beacon in Danish poetry. Over the years she has received a number of prizes for her works, and she was also nominated for the Nordic Council Literature Prize in 2009.