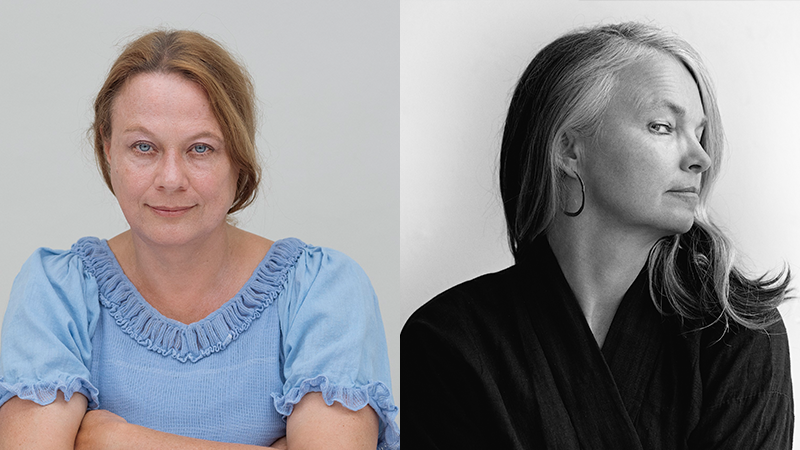 With this, Merete Pryds Helle sets out one of her themes: the question of guilt. The second theme, about the natural and the artificial, follows immediately afterwards: She keeps getting it changed, because the colour of the glass doesn't match the other eye… Mum says it's because colours always change in living things, so that you can never hold on to anything.”

Merete Pryds Helle is one of Denmark’s most versatile authors. She writes poetry, novels (for which she has inter alia been awarded the Golden Laurels prize by Danish booksellers), crime novels, children’s books and interactive SMS novels. She is a master of the Danish language with its many nuances, and she knows how to exploit the possibilities between the lines, as in the above quotation, where the statement that “you can never hold on to anything” with living things has links to many parts of the action of the narrative.

The girl who is the narrator of the story had an accident while riding her bicycle, which resulted in the bicycle’s handlebars injuring her sister’s eye, which is why the sister now has a glass eye. At the same time, her mother has moved away from home because – as it later turns out – her father’s “eye of love had become blind”. His realisation comes when he finds his daughters walking around in the garden at night ‘to see with their moon eyes’.

The eye is a pervasive symbol in the author’s way of driving the narrative back and forth, using associations that weave together the round stone that caused the bicycle to overturn, the glass eye that the sister received, and the other types of eyes that emerge when you view the world through the glass eye. The mother’s roses, life in the garden at night, the birds and the butterflies appear.

And the sister remarks that “if it hadn't happened, she would never have known that she had a living eye”. So, in contrast to the traditional sharp distinction between the artificial and the natural, here the author maintains the dynamics between these two facets of existence.

This is fully emphasised by the book’s illustrator, Helle Vibeke Jensen, who by using strong colours and distinctive patterns evokes the forces that the glass eye can see. We see figures reminiscent of the clarity and peace found in the mandala images of the Orient, and of the lively wonder and mutability evoked by holding a kaleidoscope to your eye and turning it.

Helle Vibeke Jensen, who has previously received the Ministry of Culture’s illustrator prize, has experimented with wordless picture books, and is a master at utilising patterns to express life. She therefore enriches this tale of guilt, love, naturalness and the artificial; she does not fill in the empty spaces between the lines, but creates a completely separate, parallel universe that will probably arouse both anxiety and meditative repose. It is great visual art to reveal what we clearly can see in the darkness of blindness.

And it is great literary storytelling to create a narrative with so many layers that the reader can return to it again and again and find new connections between the associations that weave in and out of each other.

So much life in so little space!