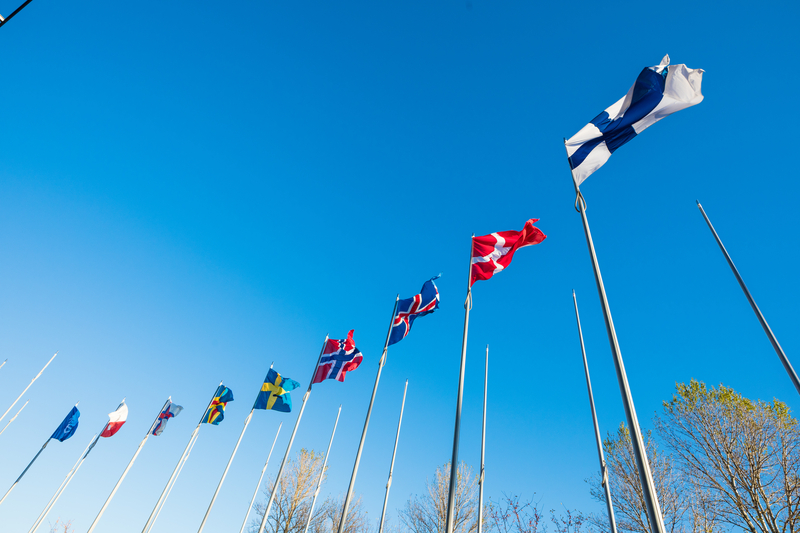 One of the key challenges faced by Nordic co-operation is to create the best possible conditions for people and companies to move freely between the countries. We will intensify our efforts, e.g. ensuring that new national legislation and the way in which the Nordic countries implement EU legislation do not create new barriers to freedom of movement in the Region.

The Nordic Region is innovative, particularly in welfare, education, creativity, entrepreneurship, sustainability and research. We will continue to work closely together to enhance quality and to improve efficiency by tackling specific challenges faced by the people of the Region.

The Nordic Region and the individual countries have strong profiles, and the Nordic brand/trademark is well known. Interest continues to grow in Nordic experiences of building and developing societies epitomised by high productivity, social security, gender equality and a healthy environment. We will continue to raise the profile of the countries globally in the "Team Norden" spirit. Enhanced global visibility has coincided with a fall in the level of knowledge about co-operation among the people of the Region. We will endeavour to ensure that everybody is informed about Nordic co-operation.

Separately, the Nordic countries are small. Together, we have a population of 25 million and make up the 10th largest economy in the world. The Nordic countries are all active participants in numerous international forums. We will continue and improve co-ordination on international issues in areas where this is of mutual interest. We will strive to ensure that Nordic co-operation on international issues complements the forms of co-operation that take place in other organisations.

Continuous renewal is a prerequisite if co-operation is to to remain a powerful tool i the hands of the Nordic governments when faced with new political challenges. Co-operation must be dynamic enough to adapt continuously to the countries’ needs and to the issues that concern the national governments. Popular support is crucial and will be achieved by focusing on real issues with a direct impact on the people of the Region. Co-operation must focus on initiatives that have a visible and quantifiable impact, and its profile in relation to the rest of the world must be clear so that the value of the Nordic identity is fully utilised. The role of co-operation in inter-Nordic and international affairs has to be politically relevant to the people of the Region, their MPs and governments.  It must generate Nordic synergies, add value for all and lead to tangible political results.

Politically dynamic co-operation calls for a modern and focused organisation. We have high expectations of the Secretary General's initiative to modernise the organisation and make it more modern, streamlined and effective. The Presidency, the Secretary General and the Nordic Council of Ministers' Secretariat will all be involved in formulating new initiatives, actively driving co-operation forward, maintaining its political relevance and deploying new tools to ensure that co-operation retains its political dynamism.