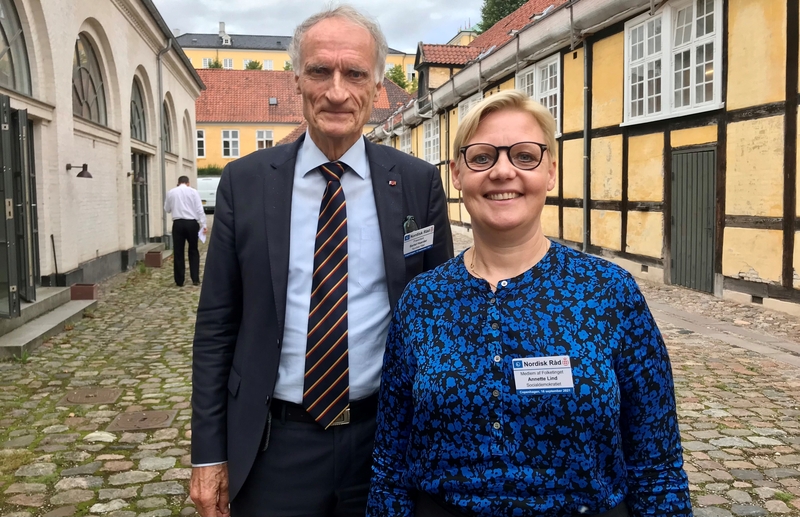 Mail Facebook Linkedin Twitter Sign up to newsletter
The Arctic, the Baltic Sea and cyber attacks were on the agenda when the Nordic Council held a conference on defence issues in Copenhagen on Thursday. “The conference demonstrated that there is broad consensus among the Nordic countries on defence and security matters,” said Nordic Council Vice-President Annette Lind as she summed up the day.

The conference was attended by members of the Nordic Council, together with a large number of defence and security experts and analysts from several Nordic countries. They were also joined by parliamentarians from national foreign affairs and defence committees. The conference provided analyses from several different points of view with an emphasis on the Arctic, the Baltic Sea region and cyber threats.

Bertel Haarder, President of the Nordic Council in 2021, was pleased with how the day went.

“What’s most important is that we’ve not only got an assessment of Nordic emergency preparedness in the face of all the threats that we’re exposed to, we’ve also got a description of what the world looks like from the east, from the Russian side, and how they see us as a threat. I think this has been very valuable. I would also like to emphasise what I’ve said many times before - Nordic co-operation on defence threatens nobody, and helps ensure stability and predictability.”

In her summary, the Vice-President of the Nordic Council, Annette Lind, pointed out that the Nordic countries have so much in common.

“The conference showed that we in the Nordic Region have a broad consensus in matters of defence and security. We think alike and that’s what I’m taking away with me from this day,” she said.

The areas discussed at the conference are highly relevant in the debate on defence and security policy right now.

The Arctic is of huge interest to several major global players, and the delegates discussed how the Nordic countries should navigate and co-operate in the Arctic, which is affected by increasing tensions between the world’s great powers – the United States, Russia and China.

During the discussion on the Baltic Sea, it was mostly Russia’s actions that were highlighted. The discussion revolved around the question of how the Nordic countries should handle an ever-increasing Russian military presence in the region and what it means for security.

The conference ended with a debate on state-sponsored cyber attacks and what opportunities the Nordic countries have to act politically and legally, as well as how they can tackle the attacks in co-operation.

The role and vision for Nordic co-operation on defence through Nordefco for 2025 was also raised at the conference.

The conference on Thursday was a natural element in Denmark’s presidency programme, as well as one of the few events that could take place in person this year.

Defence issues remain high on the Nordic Council’s agenda for this autumn, not least at the Session of the Nordic Council between 1 and 4 November, where the guest speaker will be Jens Stoltenberg, NATO Secretary General.

The Nordic Council’s strategy for public safety will also be highlighted at the Session. The strategy contains a number of proposals that the council wants the Nordic Council of Ministers to adopt, including those concerning civil defence and cyber threats.