What is needed now is to uphold international law, democracy and human rights

The current situation in the Ukraine and the challenges facing the process of democratisation in the country were debated at the Nordic Council Theme Session in Akureyri, Iceland, on 8 April.

In 2014, the Nordic countries are celebrating 200 years of peace between them  – a unique period of regional stability. The importance of this historical phenomenon for the whole Region cannot be overstated. It has facilitated relationships based on mutual trust and confidence that transcend national borders, and extensive networks of contacts and co-operation have been established at all levels.

Russia’s illegal annexation of Crimea after a referendum on the peninsula and the country’s subsequent accession to the Russian Federation are unacceptable and represent a breach of the Ukrainian constitution. The Nordic Council calls upon the Russian Federation to take measures to alleviate the tense situation. What happens in South-eastern Europe has an impact on relations in Northern Europe. The Nordic Council will therefore evaluate and follow developments closely.

The Nordic Council agrees with the statement on the situation in Ukraine issued by the Nordic, Baltic and Visegrád foreign ministers following their meeting in Narva, Estonia, on 6–7 March 2014. At parliamentary level, the Nordic Council has consulted with its partners in the Baltic Assembly and in Poland.

Interest in closer co-operation in the Baltic Sea Region was clearly evident in the dialogue meeting between the Nordic Council and representatives from the Polish and Baltic parliaments’ foreign affairs committees.

The Nordic countries must stand together with the rest of Europe on this matter. When the focus shifts from Crimea to Kiev, Ukraine's democratisation process will be in great need of support

The will of the Nordic Council to support Ukraine in this process is based on its long tradition of support for democracy and the rule of law. Just as the Nordic countries supported the new Baltic democracies two decades ago, the Nordic Region is today willing to support democracy in Ukraine.

The priority is to find ways of working together to promote democracy. First and foremost, the Nordic Council will support parliamentary co-operation What is needed now is to uphold international law, democracy and human rights 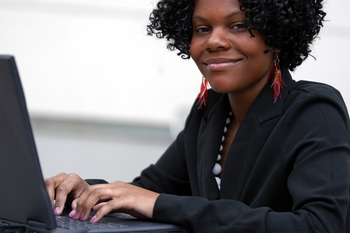