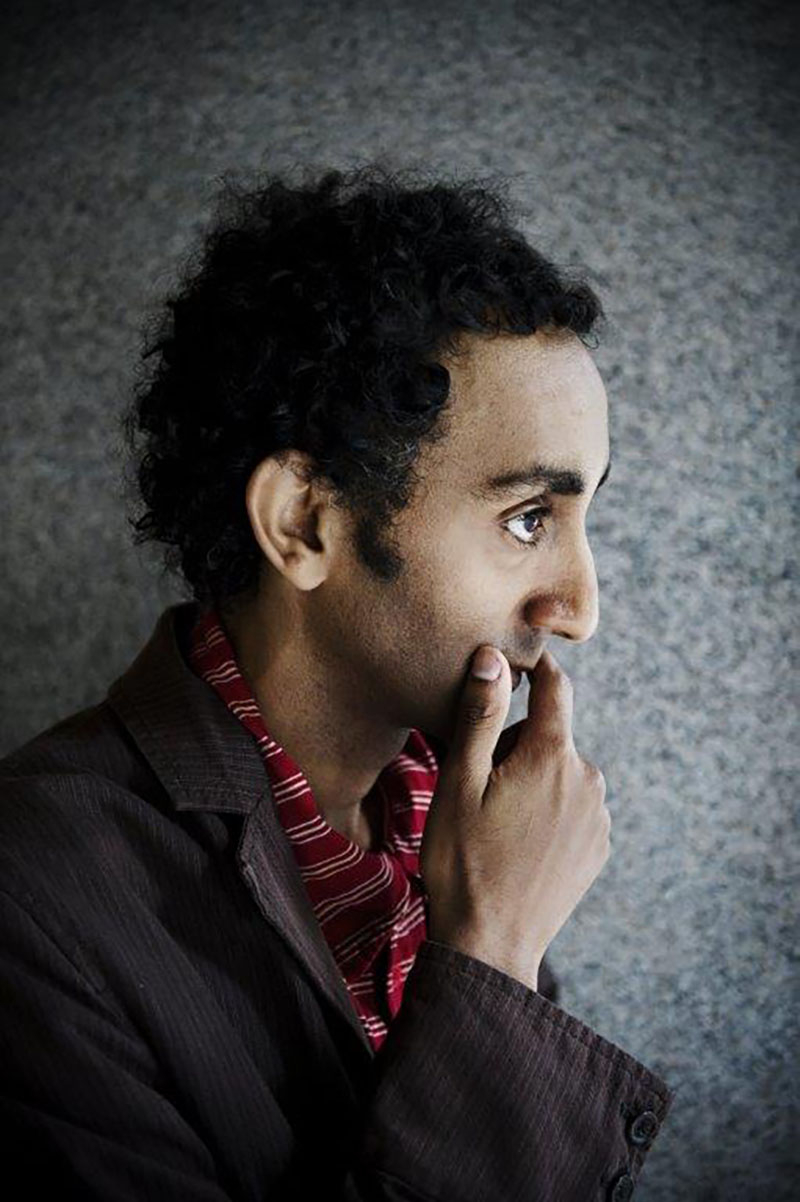 Sami Said (born in Keren, Eritrea in 1979) made his debut in 2012 with the novel Väldigt sällan fin (in English, “Very Rarely Fine” - unpublished), an acclaimed account of a student’s attempt to find a place for who they are between the expectations of their Eritrean family and the prejudices or misguided benevolence of their Swedish surroundings. The debut was followed by Monomani (2013) and now Said’s third novel, which is nominated for the Nordic Council Literature Prize 2019. In the spring of 2019, the children’s book Äta gräs, illustrated by Sven Nordqvist, is also due to be published.

Människan är den vackraste staden (in English, “Humans are the most beautiful city” - unpublished) uses multiple angles of language and humour to portray the hardships and friendships of the undocumented migrant San Francisco on a journey in a direction opposite to what we expect - from the North Scandinavian countryside, via Öresund and Southern Europe, back to the land of his childhood. Especially memorable is the part that takes place on an unnamed island in Southern Europe. San Francisco is working for “Madame”, who manages a decaying park that the local party, the Black Roosters, have also laid claim to. Here the novel evolves into an allegory of European contemporary history, of the refugee crisis, and of fascism.

This depiction of society doesn’t lack realistic sharpness, but Said happily undermines expectations with the help of symbolic inversions. The paranoid friend Richard/Hussein, who resorts to Islamophobic excess in his desire to become Swedish, appears, for example, as a reflection of Abdul/Fredrik in Said’s debut novel - a native Swede who, with exaggerated enthusiasm, converts to Islam. And when San Francisco, in a skilfully constructed key scene in a Western Union office, persuades an immigrant couple that their son is worth sending money to, the truly magical outcome is that he himself merges with the son to receive the money he has sat waiting for.

As a whole, Människan är den vackraste staden is a rich picaresque novel with a protagonist who reminds us of a modern day Candide, cast out into the hard world where his kind-hearted optimism is regarded as something to distrust or exploit. But unlike Voltaire, there is no cynicism in the narrative perspective. Said portrays San Francisco’s belief in people not as stupidity but as a humanistic ideal. It’s no coincidence that San Francisco is also a holy name, and in his role as the eternally forgiving son, it is even possible to see in him a Christ-like figure.