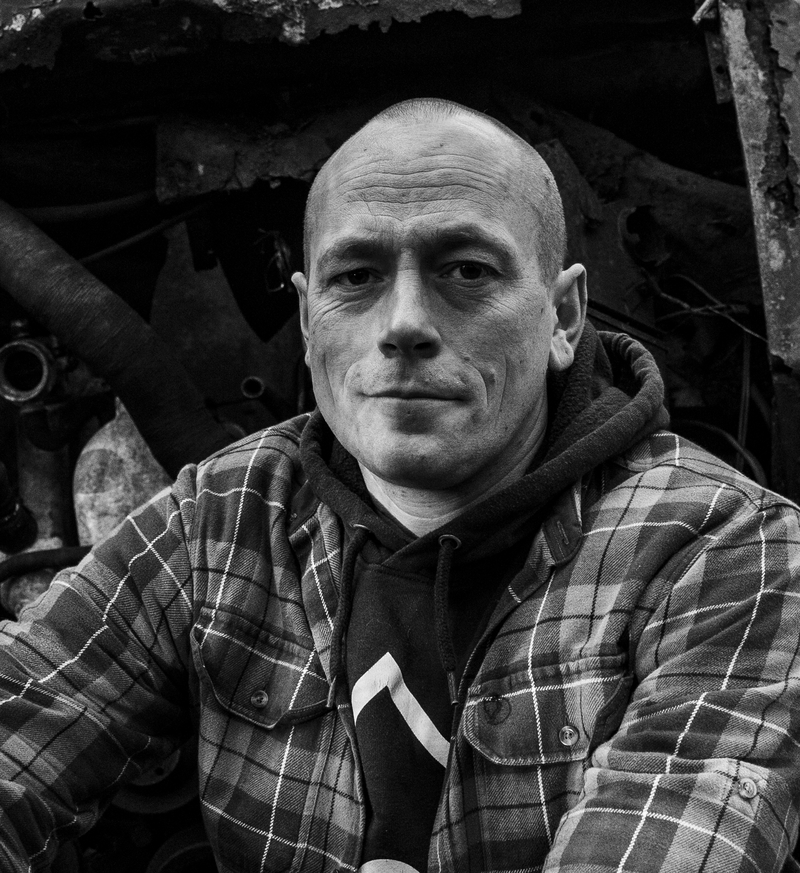 Den rustne verden (‘The Rusty World’, not translated into English) is a genuine ecocritical future epic of our time.

The work is firmly rooted in the contemporary world: Both in its content, with an X-ray look at the future – at once gloomy and full of Greta Thunberg-like activist hope; and in terms of form, with a well-crafted universe, complete with everything from complex power structures to imaginative technological inventions.

Denmark is a landfill of rubbish and plastic soup, and its inhabitants are climate refugees, living in Greenland under a huge plexiglass dome and in Malmö, Sweden, respectively. Four siblings make up the small collective of main characters through whom we experience it all. Ramona, Bowie, Peter and Lærke live safe and comfortable lives in Nykøbenhavn (‘New Copenhagen’) with parents who have permanent jobs in the Ministry of Positivity. But on their way to Sweden to visit their grandfather, their jetbot crashes into the garbage land of Denmark. On their journey through the dangerous landscape, they learn that not everything is as it seemed in the protected life they have lived so far.

The four siblings fight for climate and justice against, amongst other things, combat robots and cynical media stars. But of course they also meet good people – and good robots, including the lovable retired mining robot, Skrot (‘Junk’), who becomes a friend in time of need.

The books are characterised by great linguistic energy and a marked sense of humour in the midst of an otherwise dismal universe. The story is nail-bitingly suspenseful and at the same time touching, especially in the children’s relationships with the robots, each other, and the circle of co-activists that gradually builds up around them. The relatively inexperienced writer Adam O. creates a comprehensible microcosm that mirrors all the things we know in our daily lives: garbage, fake news and unhealthy monopolies. The language is sharp and at the same time playfully light, and thus never becomes a ‘metallic voice’ in this wonderfully confrontational and civilisation-critical sci-fi narrative, which is at the level of the target group.

Each chapter begins with an illustration by the author himself, who was originally a comic-book artist. The illustrations have an unmistakably comic book-like air, with clear contours and dramatic points of view. They emphasise the atmosphere of the smallness of humanity in the face of a vast system of scrap and cynicism. And that makes the final illustration all the more striking, when Ramona and Skrot step through the wall with great force and almost into the living room of the reader! This signals hope and dynamism.

Adam O. writes convincingly about hope in a world that has otherwise turned off the light. And he does this with something very special at heart.