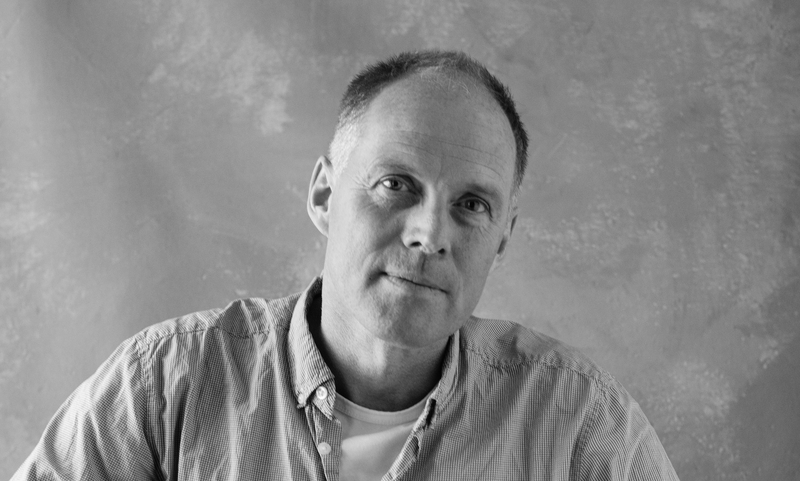 As a poet, novelist, essayist, and editor, Geir Gulliksen has been leaving his mark on Norwegian literature for decades. In his latest novels, he has presented a consistent and original exploration of living conditions in contemporary Scandinavian social democracy, often with gender roles, family life, and sexuality as focal points.

Historie om et ekteskap (in English “Story of a marriage”) is a highlight of Gulliksen’s output so far. “Can you tell us,” the novel opens. The narrator tries to understand the divorce he has recently been through by looking back to the start of the relationship and following its dynamics step by step in an attempt to imagine how the separation may have looked from the spouse’s perspective. It is a novel about a typical, perhaps an archetypal, present-day relationship that begins with a storm of infatuation, a sense of being noticed and understood combined with erotic attraction; the work later extends to the community around the family and a friendship that is believed to be above the trivialities that made the two of them leave their former partners. The two are proud to have maintained their friendship, closeness, and passion after having children, not to mention the freedom they want to give one another, which they hope will shield them from boredom and longing for what they don’t have. The novel offers a rare and finely tuned portrayal of the dynamics of a long-term relationship, of closeness, companionship, and intimacy, but also of a distance that grows in the midst of the assuredness and freedom: “We lived in the belief that the two of us knew one another better than anyone else. We built our adult shadow republic of love on this conviction, on hints, and on quick glances over the heads of the kids.”

The knot in the relationship is freedom. “I wanted so much to live a different kind of life,” the narrator says. For him this means a desire to be an unconventional man as well as a fascination with seeing his other half free and being able to have sexual relations with others. This experiment guarantees ever sharper turns in the intensifying plot as the boundaries of freedom are stretched. Much of the novel’s psychological and existential power lies in its exploration of the concept of freedom. In theatrically condensed scenes in which the author demonstrates his ability to convey seemingly everyday dialogue in literary form, choice emerges as the central issue for the novel’s self-conscious protagonist: how to act when each choice must involve both the maximum degree of freedom and the maximum degree of responsibility for the outcome? Slippages in perspective, and the narrator’s questionable attempts to look at the events he wants to understand – and through his wife’s eyes as well – allow for multiple interpretations of guilt, power, and responsibility. Meanwhile, the narrator is aware of his own interpretation and the limits to what he (and the reader) can and cannot know, reflecting Gulliksen’s watchful eye over the novel’s uniqueness and possibilities.

The title Historie om et ekteskap echoes Ingmar Bergman’s Scenes from a marriage in terms of both the continuity and the change in the understanding and practice of marriage as an institution in modern day Scandinavia. Where Bergman’s couple was clearly influenced by the dominant gender roles of the twentieth century, Gulliksen experiments with a depiction in which the very ideals of gender equality become part of the ideological backdrop to the intimate power struggle. Gulliksen’s novel, in which convention, freedom, and choice scrape against each other in a conceptually and theatrically dense and well-composed whole, enables a truly exploratory approach to ways of living that are so close to our own day-to-day lives that it is often difficult to see them from the outside.