Artistic and creative expression, as an integral part of the human right to freedom of expression, is critical both to the development of cultures and to the functioning of democratic societies.

All men and women must have the right to participate in processes of debate as free and equal individuals, but the exercise of this right cannot infringe the rights of others.

Culture constitutes one process of, and space for, democratic debate. The freedom of artistic expression forms its backbone. There is compelling evidence that participation in culture also promotes democratic participation as well as empowerment and well-being of our citizens.

The current economic and refugee situation have had effects on the trust in the Nordic model of a democratic, open and inclusive society. Attacks on the freedom of (cultural) expression from intolerant individuals and groups, hate-speech, racism, and xenophobia among others denote the denial of one of the fundamental prerequisites of democracy; the right of everyone to participate in debate as free and equal individuals.

We, the Nordic Ministers of Culture, resolve to foster culture as a space for free and open expression. We are determined to protect and promote the diversity of cultural expressions in line with the UNESCO 2005 Convention on the Protection and Promotion of the Diversity of Cultural Expression.

We welcome the important steps taken by UNESCO, not least through the first Global Report on the implementation of the 2005 Convention, to enhance global monitoring in areas such as artistic freedom, gender equality, civil society participation and challenges of the digital age within the framework of promoting diversity of cultural expressions.

We look forward to continued follow-up to the Nordic side-event on Artists and Artistic Freedom, held at UNESCO’s General Conference in November 2015, and discussions on the tools needed to monitor artistic freedom as part of our national, regional and UNESCO’s normative systems.

We stand firm in fighting threats against freedom of (cultural) expression.

We, the Nordic Ministers for Culture, are committed to uphold these values in our countries and in Nordic as well as in European and international policy-making and cooperation. 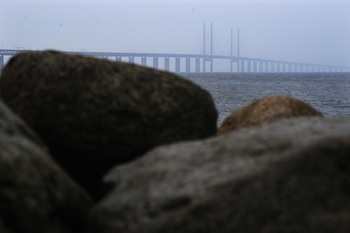