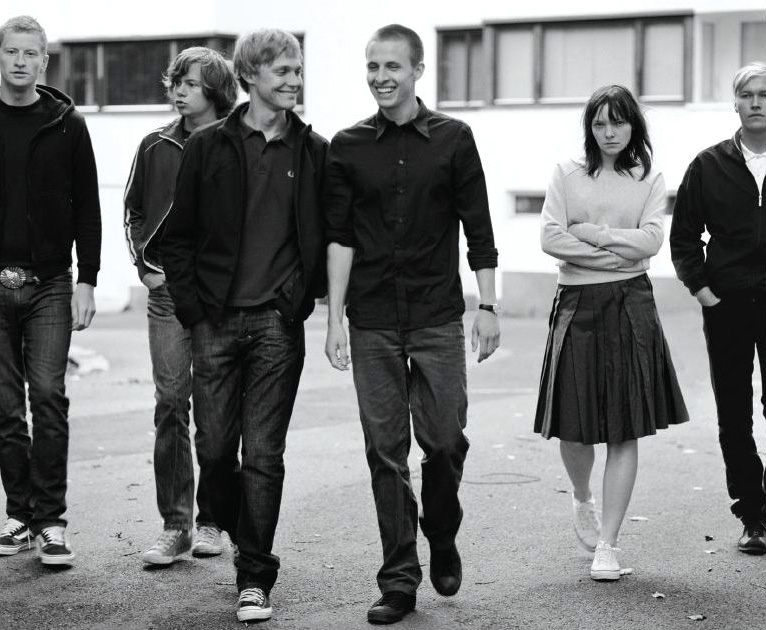 Ljósmyndari
Norsk Filminstitutt
Mail Facebook Linkedin Twitter
'Reprise' has been on the world festivals' and critics´ list of top films since its successful launch at the Karlovy Vary Film Festival in 2006. In just over a year, the film has won over 20 international awards, the most recent ones being three prizes from Norway´s most prestigious national awards, the Amandas for Best Film, Best Director and Best Script (for Trier and co-writer Eskil Vogt).

Reprise is a playful film about friendship, madness and creativity, about love and sorrow, great ambitions and the often unpleasant clash between youthful presumptions and reality.

The film centres on Erik and Phillip, who are best friends and aspiring novelists. Phillip, the first one to be published, is also the most vulnerable.

He looks for constant moral support from Erik and drawing his artistic inspiration from his obsessive romantic relationship with Kari.

Meanwhile, Erik continues in his literary attempts, hanging out with his self-absorbed urban male friends.

"Eskil Vogt and I wanted to tell the story of two young aspiring writers, using the form to express their personalities", explained Trier.

"There was a real richness of ideas to sustain and schizophrenic mixture of elements. We didn´t want to write a linear drama, but it was still essential to create a proper identity for the lead characters".

Trier said he was inspired by Alain Resnais or Nicholas Roeg´s approach to temporal playful cinema for the film, and that "the influence of the French Nouvelle Vague was important in the use of actors on their own persona".

Sold by Nordisk Film International Sales to over 25 territories, the film is currently opening in many of those countries to rave reviews.

Born in 1974, Joachim Trier was immersed in film since his earliest days. He first held a super 8mm camera at four-years old with his father with whom he would make small animated films.

He then went to London to study film and graduated from the National Film and Television School in 2000. Trier rapidly attracted national and international acclaim with a number of prize-winning short films such as 'Procter' which won the Best British and Best European Film at the Edinburgh Film Festival in 2002.

Trier also directed several commercials in the UK and in Norway for Moland Film AS. Reprise directed in 2006 is his feature debut.

Eskil Vogt studied directing at France´s national film school La Femis. He has co-written several of Joachim Trier´s films, and has also written and directed several award winning short films such as 'Une étreinte' ('An Embrace)' winner of the Terje Vigen Prize and the Prix UIP at the 2003 Grimstad Short Film Festival in 2003.

His short-story film 'Les étrangers' ('The Strangers') made in 2004 is still getting special mentions at international film festivals. Vogt is currently developing a feature film project in France and another script with Trier.

Karin Julsrud has been involved in the Norwegian film industry for a long time as both director and producer.

She directed 'Bloody Angels' which attracted international acclaim in 1998, and was both producer and director of the TV series 'Hotel Oslo', sold to several European territories. She was one of the first film consultants for the Norwegian Film Fund. She is now co-owner of the production company 4½ which made Reprise.

Julsrud is currently developing Katja Jacobsen's feature film debut. Katja is a graduate from the Norwegian Film School in Lillehammer.