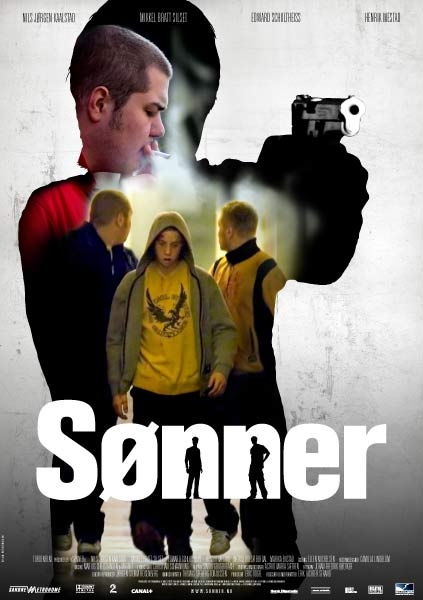 Mail Facebook Linkedin Twitter
"As a filmmaker, I feel that if something makes me feel uncomfortable just talking about it, I know that I am onto a good subject matter. 'Sons' deals with the grey areas of our morality which I find the most interesting to explore" said Erik Richter Strand about his feature debut.

Set in a tough part of Oslo, 'Sons' is a gritty drama/thriller about Lars, a young man who sets on a crusade to nail down a middle-aged paedophile, Hans, who has been causing trauma in the neighbourhood for years.

To gather evidence against Hans, Lars wins the confidence of one of the predator's victims, Tim, a boy in his early teens who has started a relationship with him.

But the situation spins out of control and puts into danger the very persons that Lars wants to protect. He does not realise how much damage he is causing.

Scriptwriter Thomas Seeberg Torjussen had first developed the idea for the script as a graduation work from the Norwegian National Film School in Lillehammer in 2002.

Then as a TV journalist, he had the opportunity to report on adolescent male prostitution.

"Thomas was surprised to discover that, compared to girls, more than twice as many male teenagers had had some kind of prostitution experience by the age of 16", says Erik Richter Strand.

Thomas found this interesting and started to re-write the script, based not on real events but on interviews with people he had met.

He submitted his script to the New Nordic Talent Pitch session in Copenhagen and won the top prize of NOK 200,000.

Most actors made their feature debut in Sons, apart from Henrik Mestad, who had to be persuaded to play the difficult part of the paedophile, and ended up winning an Amanda Award last August as Best Supporting Actor in the film.

'Sons' had its world premiere at the 2006 San Sebastian Film Festival in the Zabaltegi section in 2006. It received the Rainer Werner Fassbinder prize in Mannheim, the Don Quixote award in Tallinn and the Grand Jury Prize in Seattle in June 2006.

Born in Bergen, Norway in 1974, Erik Richter Strand worked as a journalist for the newspaper 'Bergens Tidende' before studying filmmaking at the Norwegian National Film School at Lillehammer. Several of his short films were awarded at festivals and he has also won 'Cannes Lions' for his commercials.

'Sons' is his first feature film, produced by Tordenfilm, of which he is a co-owner. Strand is currently working on two TV films based on Gunnar Staalesen's best-selling novels about the Bergen-based private eye Varg Veum produced by Miso Film and SF Norge.

Born in 1974, Thomas Seeberg Torjussen graduated from the screenwriting department of The Norwegian National Film School together with Richter Strand and producer Eric Vogel.

His graduation film 'The Martin Administration' was nominated for a Student Oscar in 2003. His story 'Sons' won the Best Pitch Award at New Nordic Talents in Copenhagen, sponsored by the Nordic Film & TV Fund.

Torjussen is currently working, amongst other things, on developing a major drama series for television as well as a new feature film manuscript.

Born in 1975, Eric Vogel studied media sciences in the mid-90s at Trondheim University, before joining the Norwegian broadcasting company NRK as radio producer and journalist. He then entered the Norwegian National Film School in Lillehammer in 1999 and graduated in 2002 with a diploma in film production.

In 2006, two of Tordenfilm's productions received international recognition: 'The Bothersome Man' on which Vogel was associate producer, and Strand´s directorial debut 'Sons'.